This creamy cucumber salad is refreshing and delicious, and one of my favorite summertime side dishes or snacks. Garden fresh cucumbers are something I eagerly look forward to JUST for this recipe! 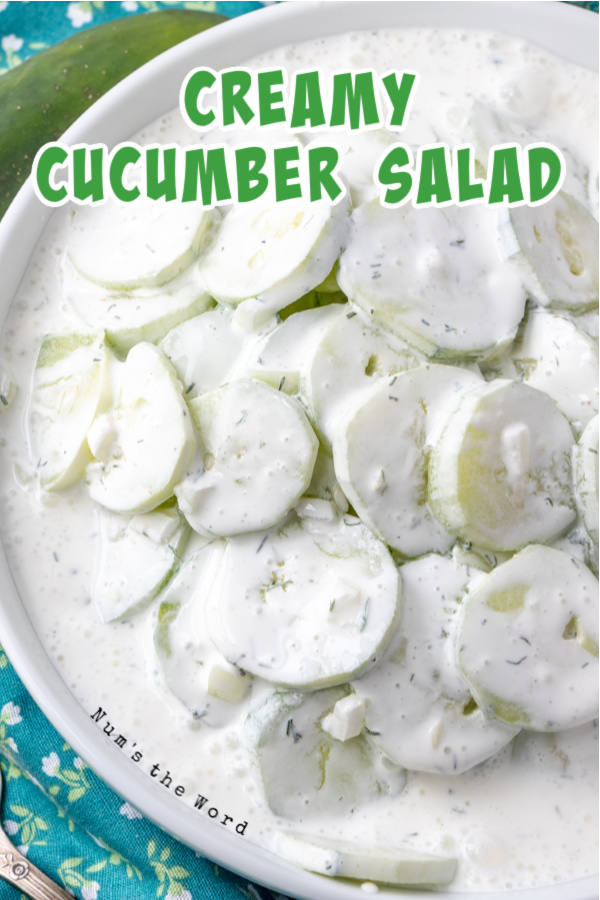 But the great news is you don’t have to have a garden to enjoy these tasty creamy cucumbers; and it doesn’t even have to be summer!

Cucumbers are conveniently in stores year round, so you can enjoy a little taste of summer any time of year.

With an irresistible blend of onion, dill, and cucumbers combined with the creaminess of sour cream and the zip of vinegar, this is by far the BEST cucumber salad recipe I’ve ever had.

It has become a side-dish staple in our home, whether for picnics, potlucks, family dinners, and beyond! 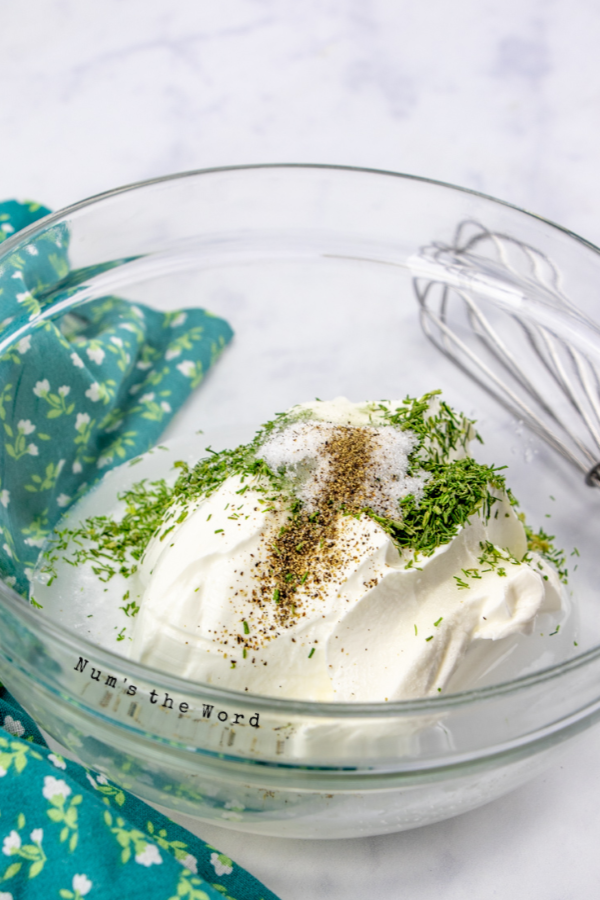 What goes in a cucumber salad?

While there are a lot of different styles of cucumber salads out there ranging from a variety of cuisines, this simple blend of flavors and creamy dressing really makes the cucumbers stand out!

This cucumber salad is simple and quick to make! With just a few pantry and refrigerator staples, you’re well on your way to devouring this refreshing and creamy salad.

How to make cucumber salad?

Sometimes gathering and preparing the ingredients for a recipe feels like more than half the battle! This recipe is no exception. Once you have the ingredients ready, the rest of this cucumber and onion salad is easy.

Like I said, just a few simple steps, and you’re ready to enjoy your EASY cucumber salad!

How to cut cucumber for salad?

There’s more than one way to cut a cucumber, and different cucumber recipes call for different cutting styles. For this recipe, I recommend either slicing or halving and then slicing the cucumbers.

If you find that whole or half slices are a bit too much of a mouthful, you can also quarter and slice the cucumbers. 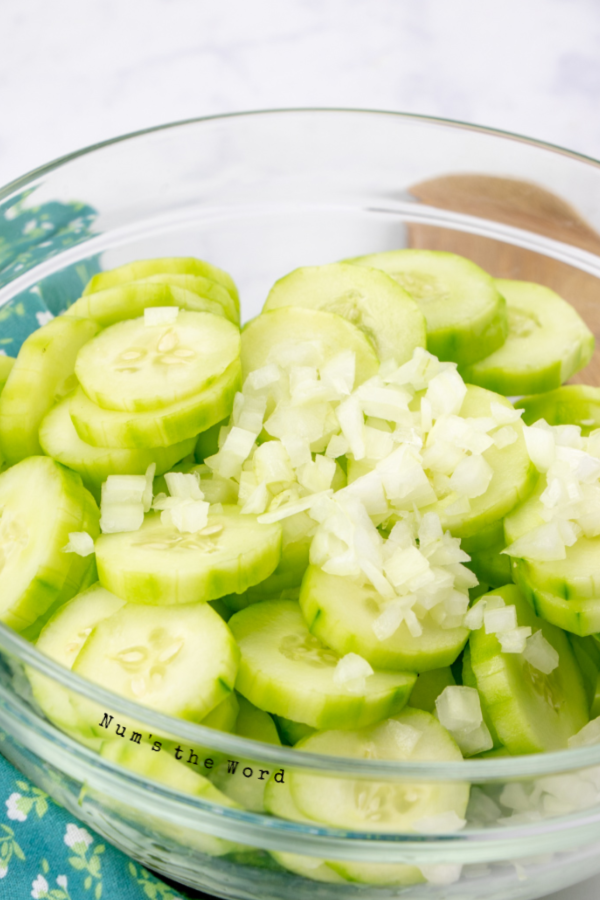 Can I freeze cucumber salad?

Unfortunately, this recipe does not freeze well. Fresh cucumbers and sour cream are both poor freezing candidates.

Sour cream will become grainy in texture and often separates after thawing. The cucumbers will become mushy and watery after freezing. Not a great look for a fresh and creamy cucumber salad, right?!

While you can freeze sliced cucumbers for later use, they’re only good for purees, smoothies, or cooked dishes after having been frozen. Fresh veggies don’t usually freeze and thaw and still taste and feel like fresh veggies afterward.

The good news is these creamy cucumbers do great in the fridge for up to 4 days. 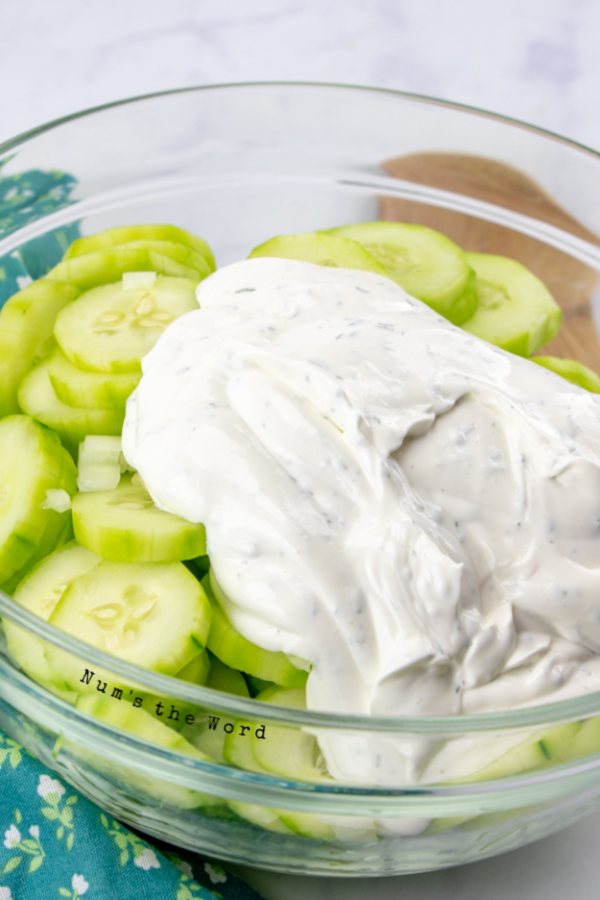 How many carbs are in a cucumber salad?

The main sources of carbs in this recipe come from the cucumbers and the sugar. There are around 8g of carbs in a single serving.

Of course, this estimate is approximate and can vary based on the size and amount of cucumbers you use. Cucumbers are a relatively low-carb vegetable. 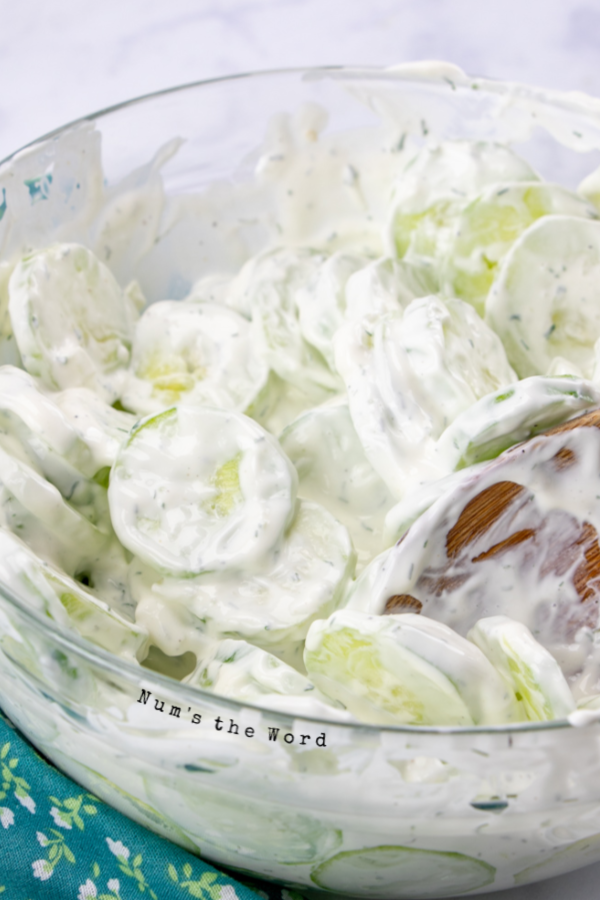 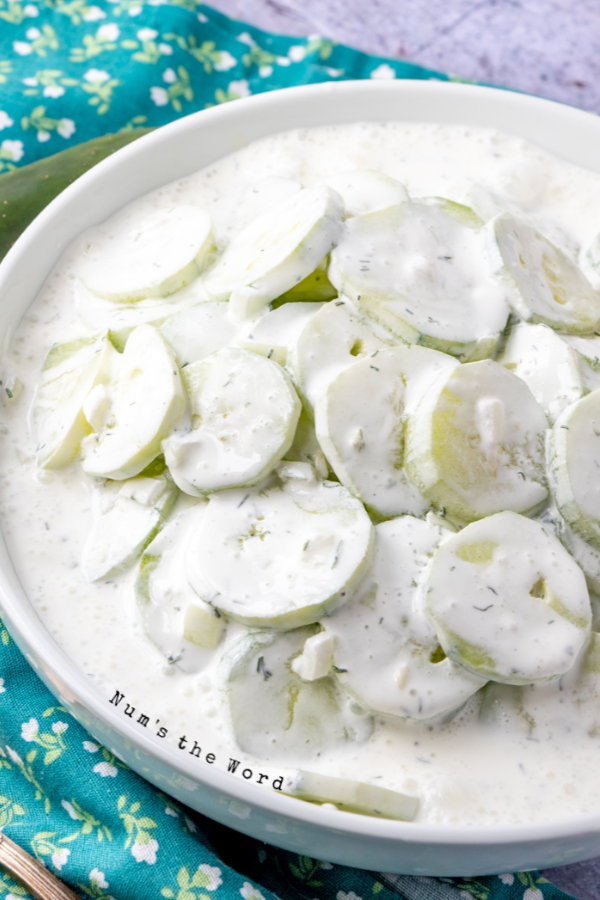 What to serve with your creamy cucumber salad? 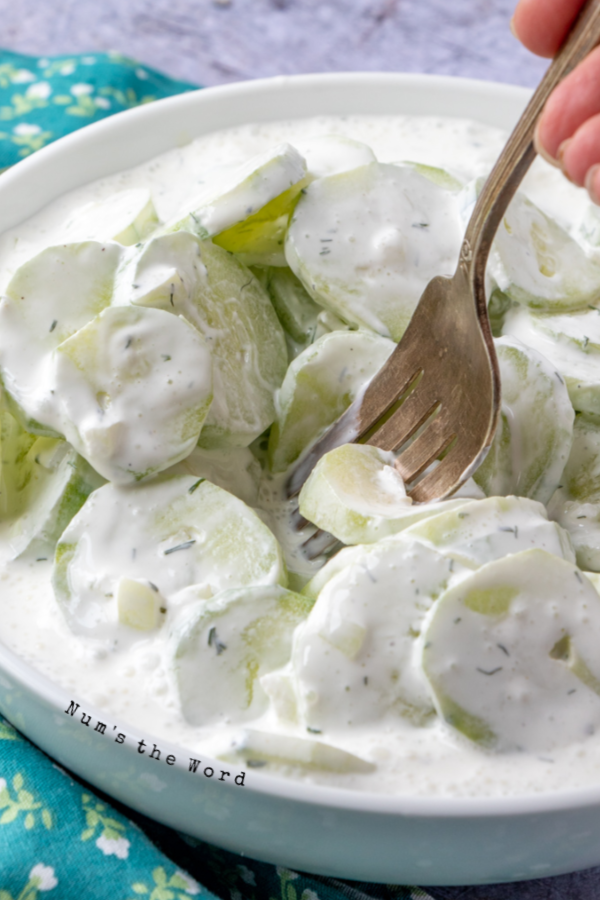 There’s so much to love about this creamy cucumber salad recipe! The perfect blend of flavors, the creaminess of the dressing, the cool crispness of the cucumbers … need I say more?!

Whether you enjoy this salad as a side dish at home, a picnic, a potluck, or as a snack, it’s sure to become a favorite for you and your family!

Could you use Greek yogurt instead of sour cream?

I have never tried it with yogurt. If switching it up, I'd go for greek yogurt instead of regular yogurt. If you do try it, let me know how it turns out! Good luck.

I make a similar recipe, but I add a little mayonaise in place of the vinegar. I also use a bit of "Tony Chachere's Original Creole seasoning" for a spicer favor. Don't overdue this seasoning. Add a little, taste and a little more if desired.

Also, if adding the 'Creole seasoning', you would want to omit any "salt"!

I'm intrigued by your adaptation Jimmy! It sounds delicious and now I want to try your changes! Thanks for the suggestion!

How much of each ingredient do you use?

At the top of the recipe there is a jump to recipe button that has all the exact amounts listed. I hope that helps.

Thank you for the cucumber/onion salad recipe. I love cucumbers/onion marinated in vinegar. Think this sounds even better

@SHAR2A,: Better, or just different? Personally, I love both!

Thank you! It's a favorite in our home! I hope you love it as much as we do!

How many does this serve?

Great question! This recipe should serve 6 - 8. Thanks for your comment!