For a comforting, warm treat, try these Apple Dumplings! They are a taste of Grandma’s house right from the comfort of your own home! 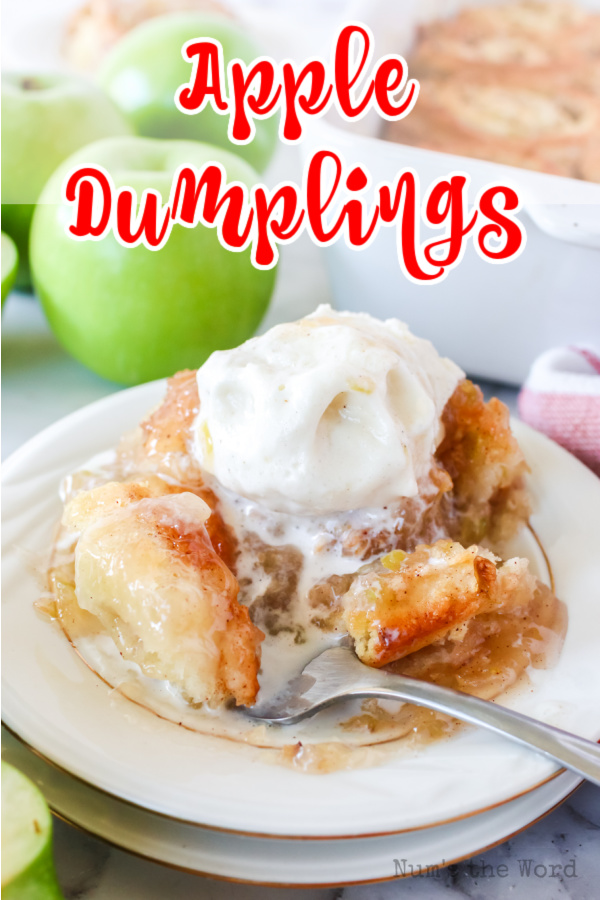 The crisp apples will just melt into your flaky crust, and the whole thing is drizzled with the sweetest cinnamon syrup. It’s like eating an apple pie but in perfect portions of nostalgia.

This apple dumpling recipe is a huge hit around here, especially during apple season. Probably because they literally taste like morsels from heaven. Not kidding.

And they’re actually fairly easy to make too. So don’t be intimidated if you’ve never made apple dumplings before!

We love making Swedish Apple Pie or Apple Crumb Pie. But you’ll find there’s a difference between those and an apple dumpling. The crust of the old-fashioned apple dumplings recipe is so light and fluffy, a mix between a bread and a pie crust.

But don’t worry, this easy apple dumpling recipe tastes amazing with a scoop of vanilla ice cream, making it a delicious dessert all will enjoy. 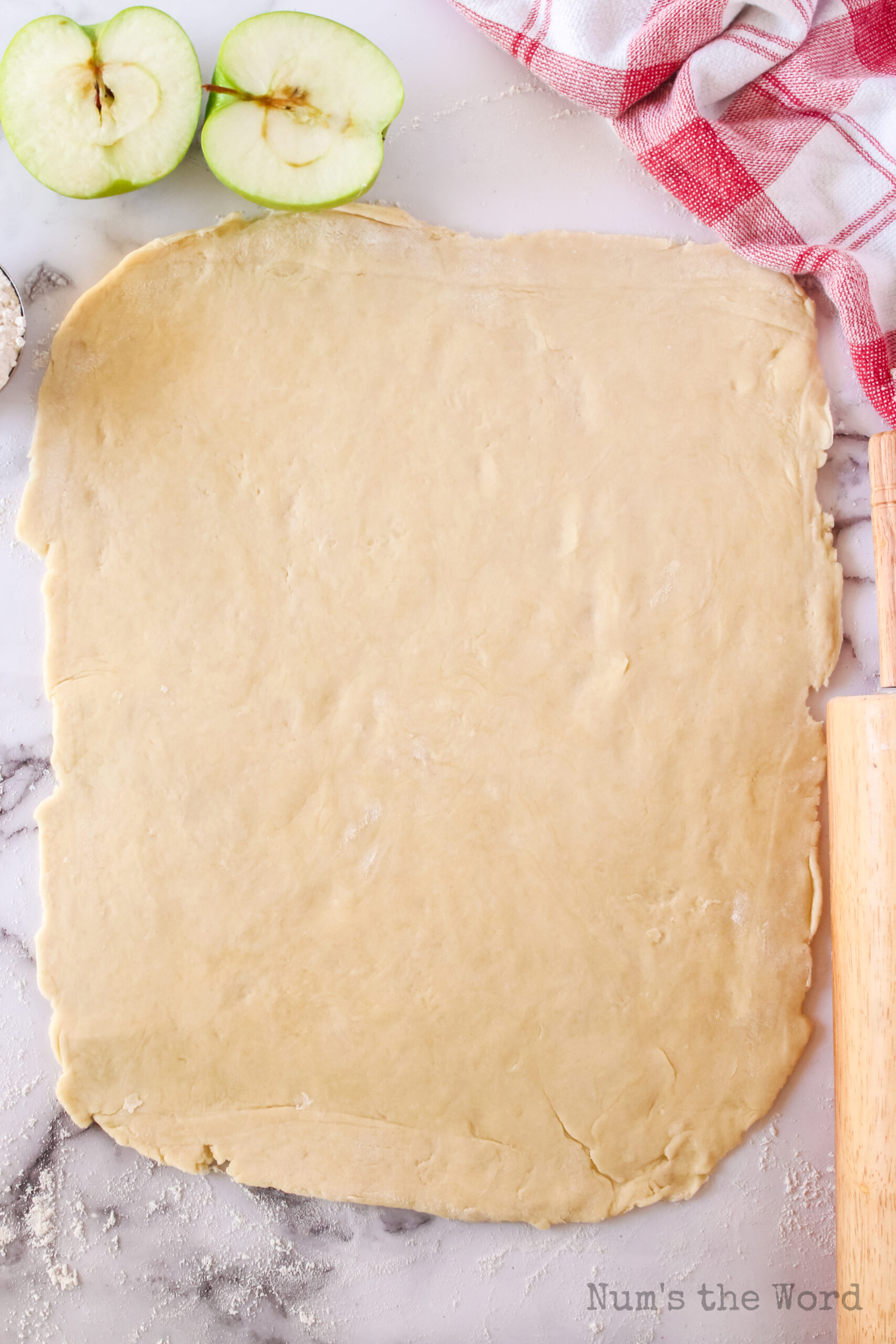 What are Apple Dumplings?

Easy Apple dumplings are what I like to describe as apple cinnamon rolls meet apple pie. You get the best of both worlds in just one perfect dessert.

Some recipes call for wrapping an apple slice in a piece of crescent rolls dough. This recipe however is a vintage recipe where you grate your apples and create an almost apple cinnamon roll, but bake them in a yummy sweet syrup sauce.

They’re a fun twist from the original apple pie but they taste SUPER delicious just like you’d want them too. 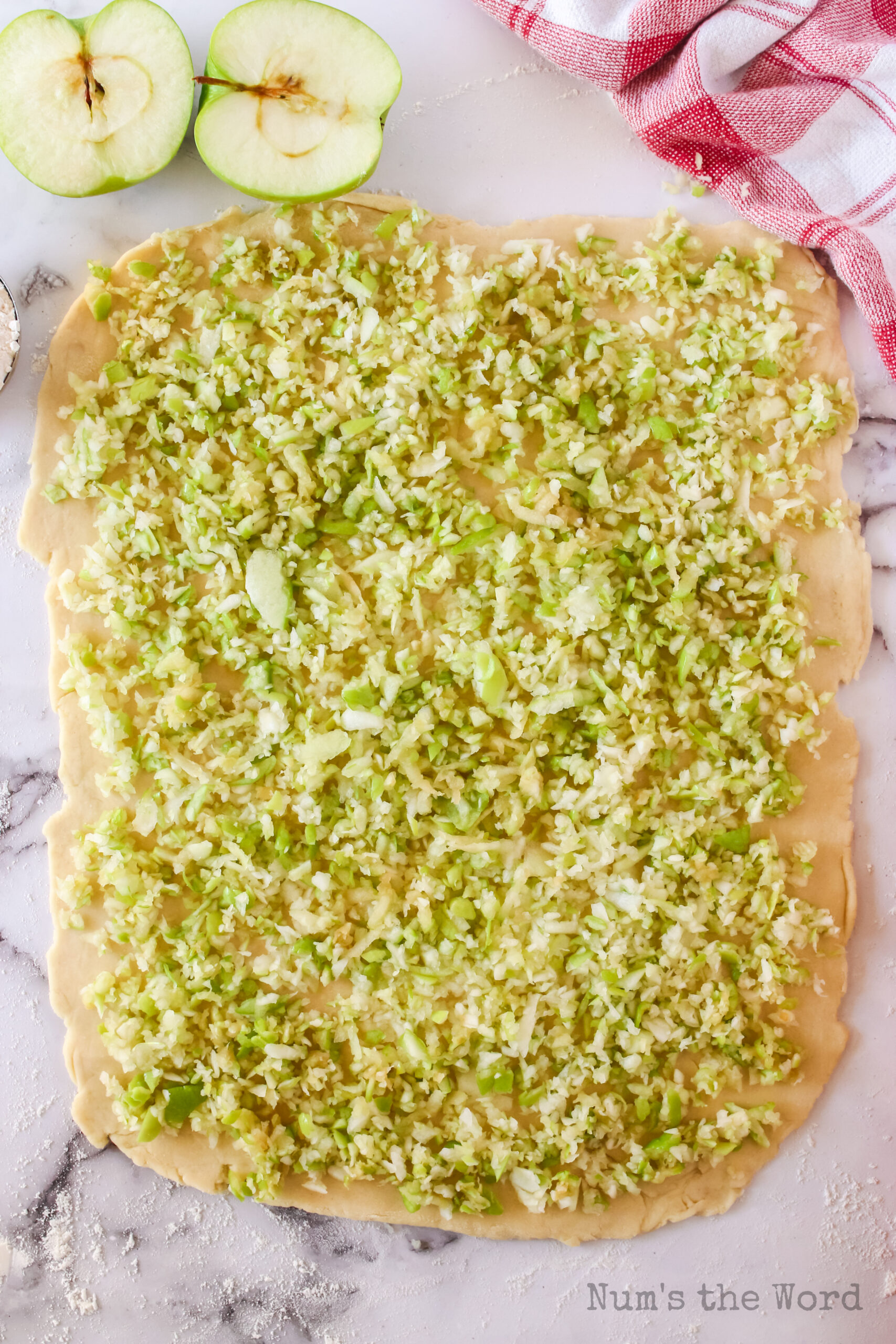 What Ingredients Are In Apple Dumplings?

Here’s what you’re going to need to get those warm, delicious apple dumplings. Don’t be intimidated that the list seems a little long.

They’re all pantry ingredients, and many of them are repeats.

For the Apple Inside:

For the Sweet Sauce: 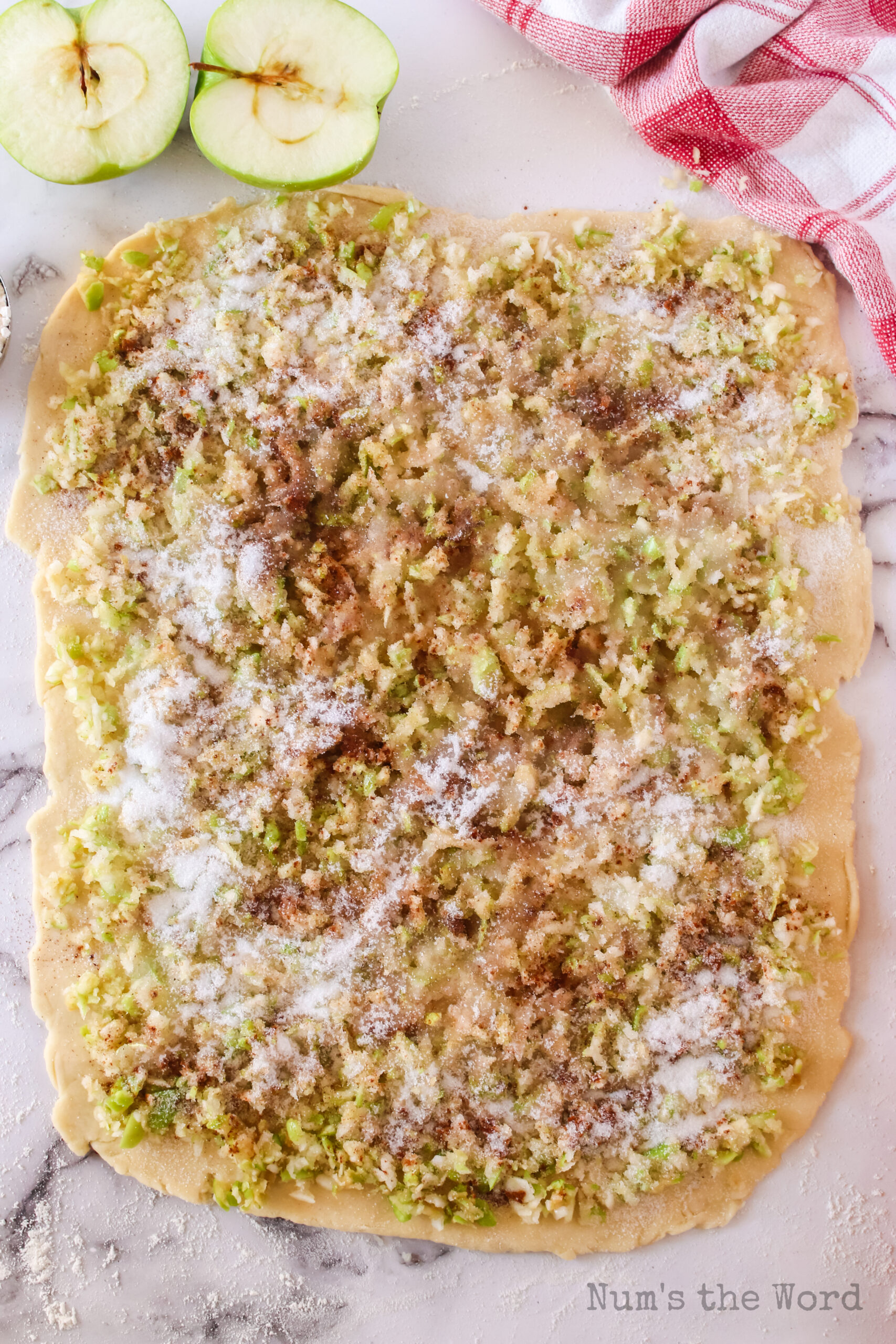 How to Make Apple Dumplings

When you’re done pouring on the sauce, just bake and eat with a large scoop of ice cream! 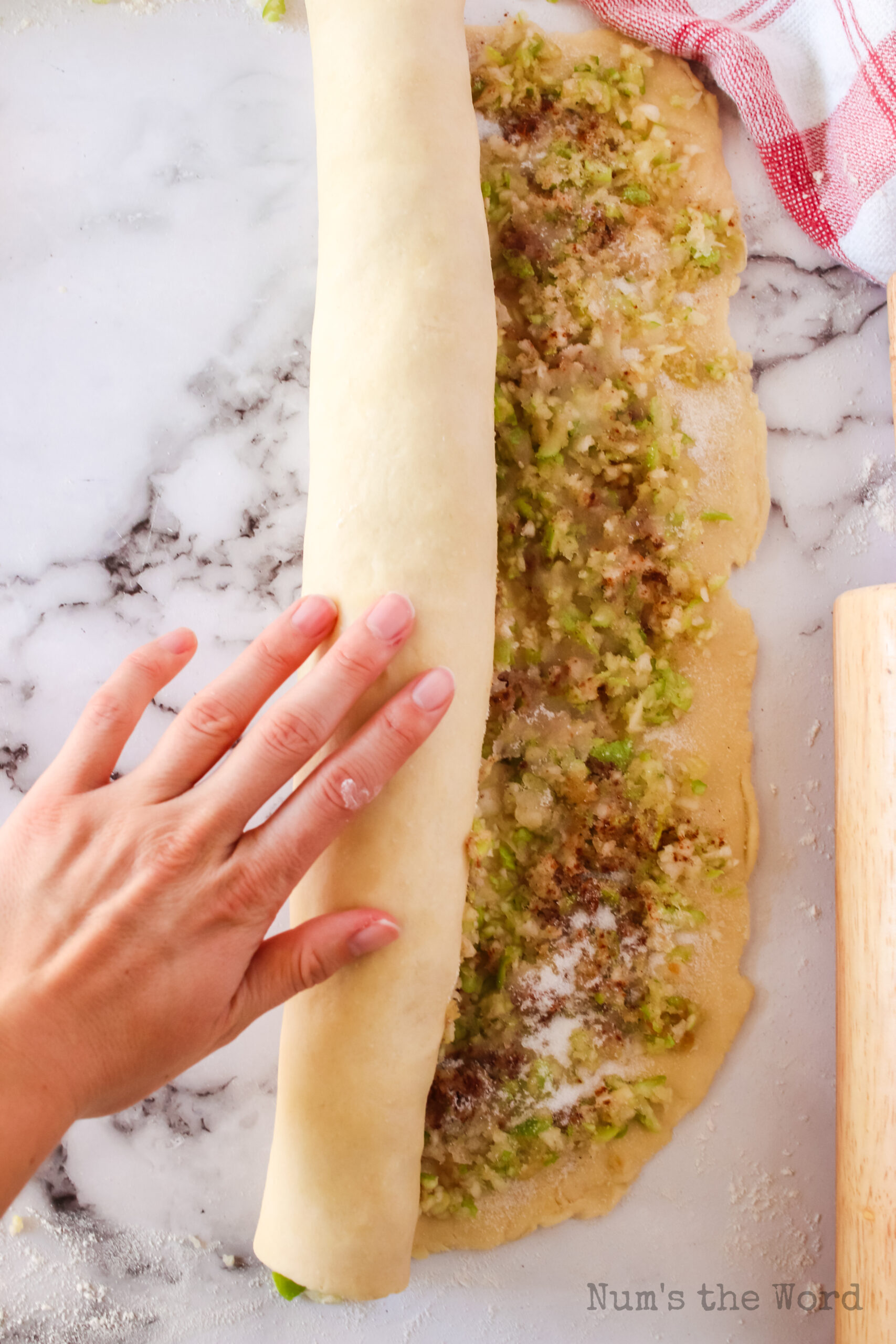 What Are The Best Apples for Apple Dumplings?

We recommend you use granny smith apples. They are more of a tart apple that helps balance the sugar in the recipe.

They also hold up well in baking and don’t turn to complete mush as they are considered a crisp apple. Other fresh apples you could try would be Honeycrisp, Jonathan, Braeburn, or Gala.

If you go for Gala, they will soften more, so it may be a bit more applesauce like inside – don’t worry they’ll still taste great! 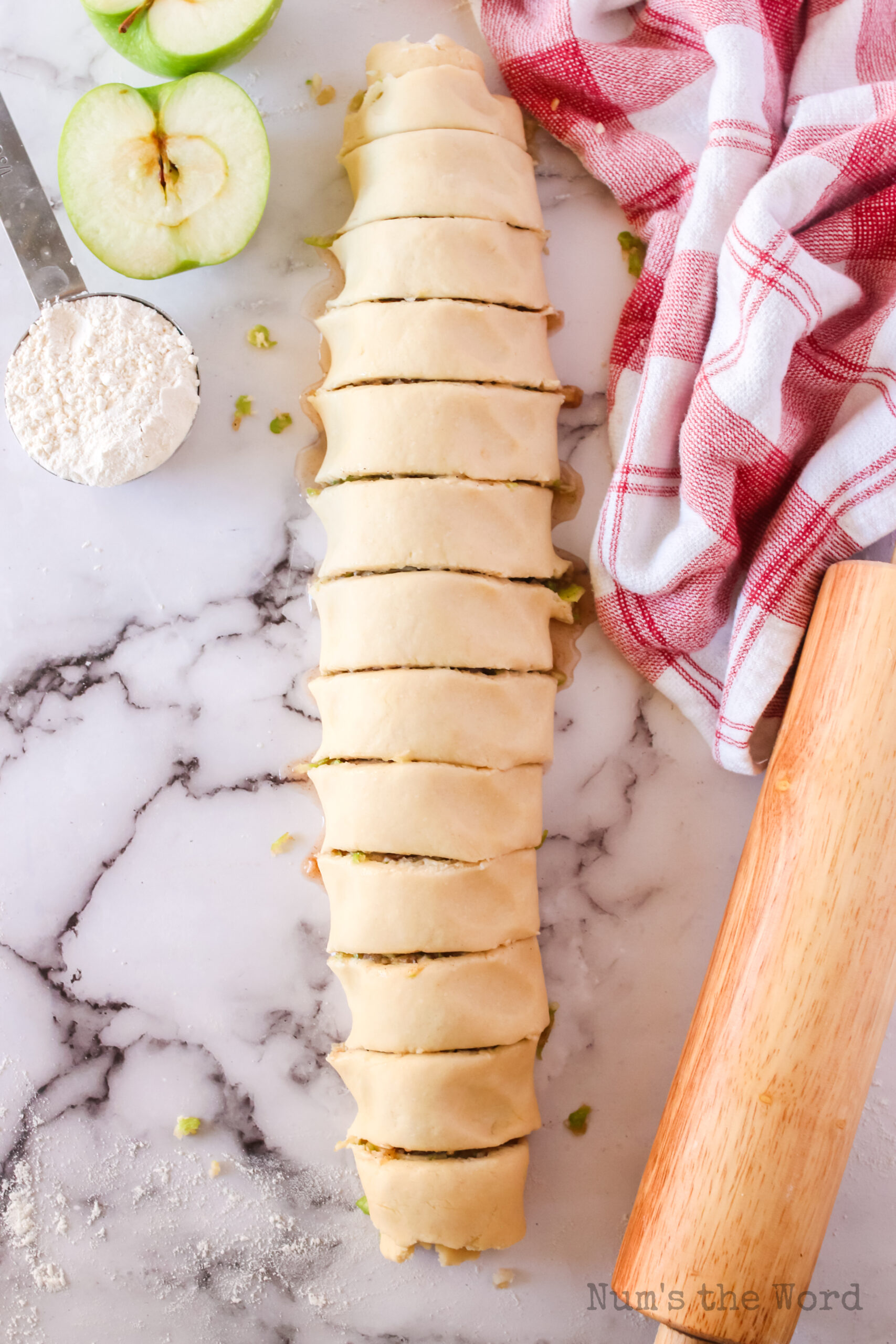 Can You Make Apple Dumplings Ahead of Time?

Yes! Apple dumplings can easily be made ahead of time. Apple dumplings are really best served when first baked, so I recommend following all the steps up to adding the sauce.

Cover the baking dish of apple dumplings in the fridge for up to 48 hours before baking. Then, when you’re ready, pull the pan out of the fridge and make the sauce.

Pour the sauce on and bake as normal. Everyone will love the quick treat and the smell will be divine. 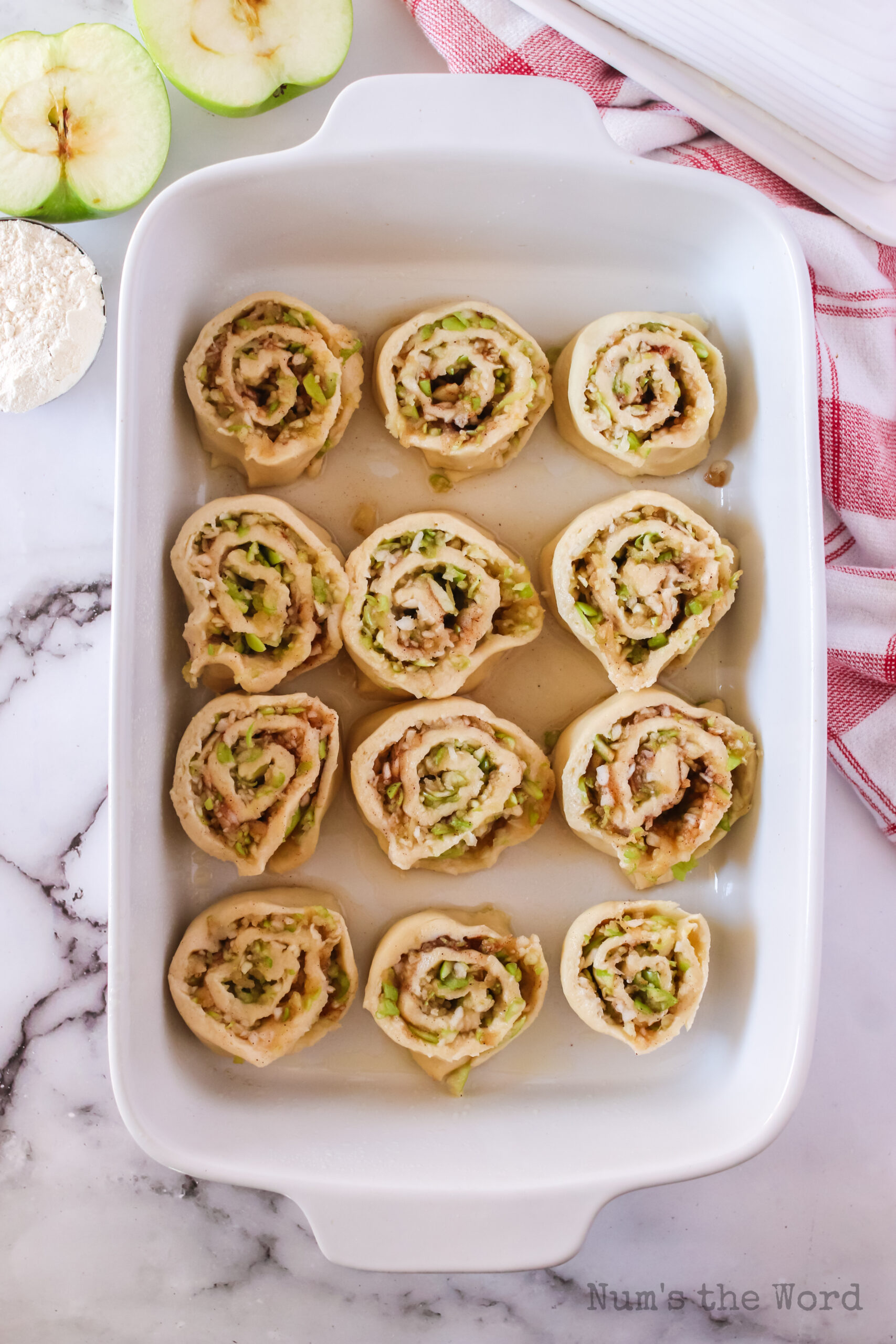 Can You Freeze Apple Dumplings?

Another yes! You can absolutely freeze apple dumplings.

Just go ahead and make the apple dumplings like normal before freezing. 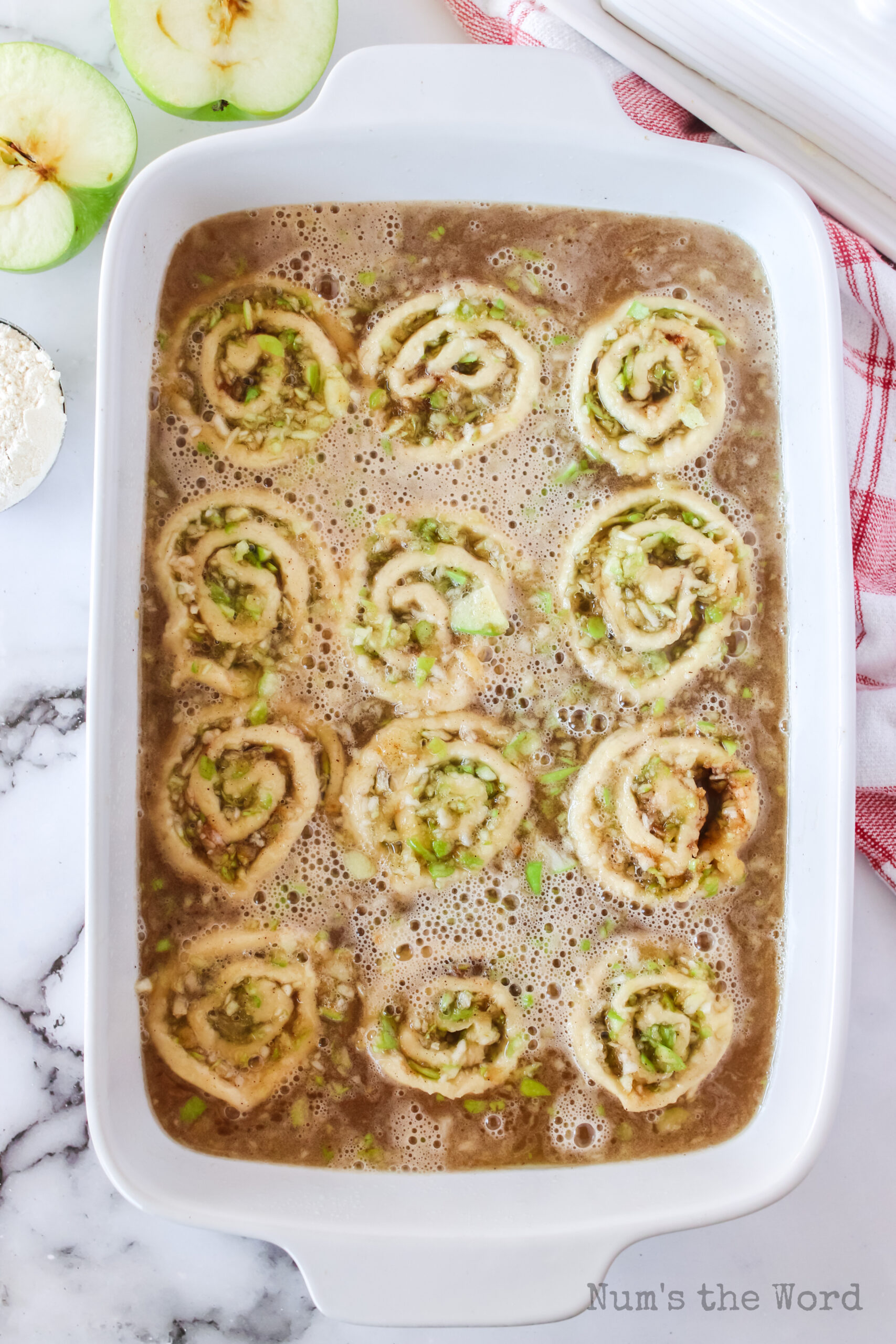 How to Freeze Apple Dumplings

Allow them to freeze for 1 hour. This will keep the apple dumplings from sticking together once frozen.

Keep apple dumplings in the freezer for up to three months. You can take out as many as you want at a time or take them all out. 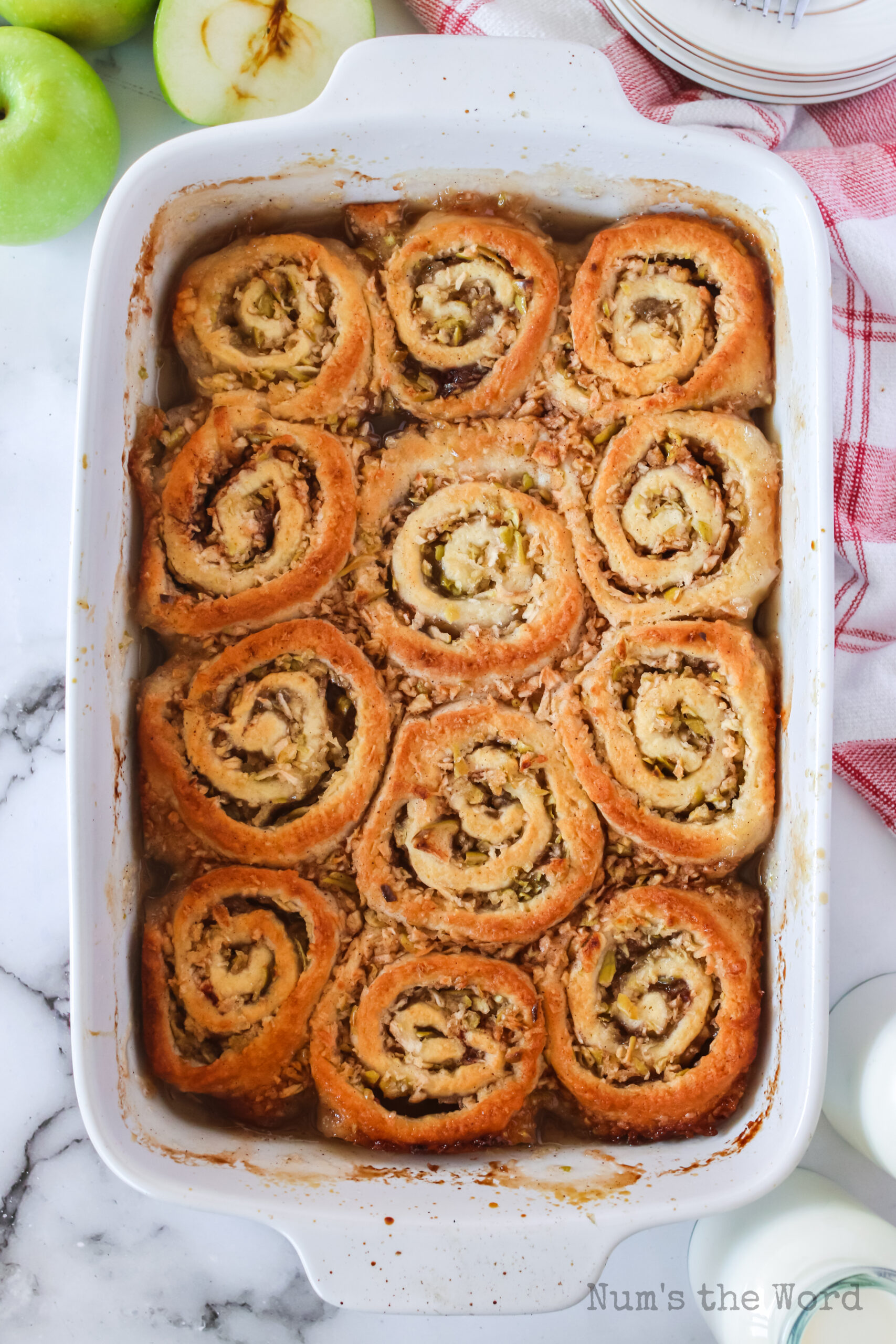 How to Reheat Apple Dumplings

I find leftover apple dumplings reheat the best in the oven, though you can use a microwave too.

First, allow the dumplings to come to room temperature on the counter. This should take about an hour or so. 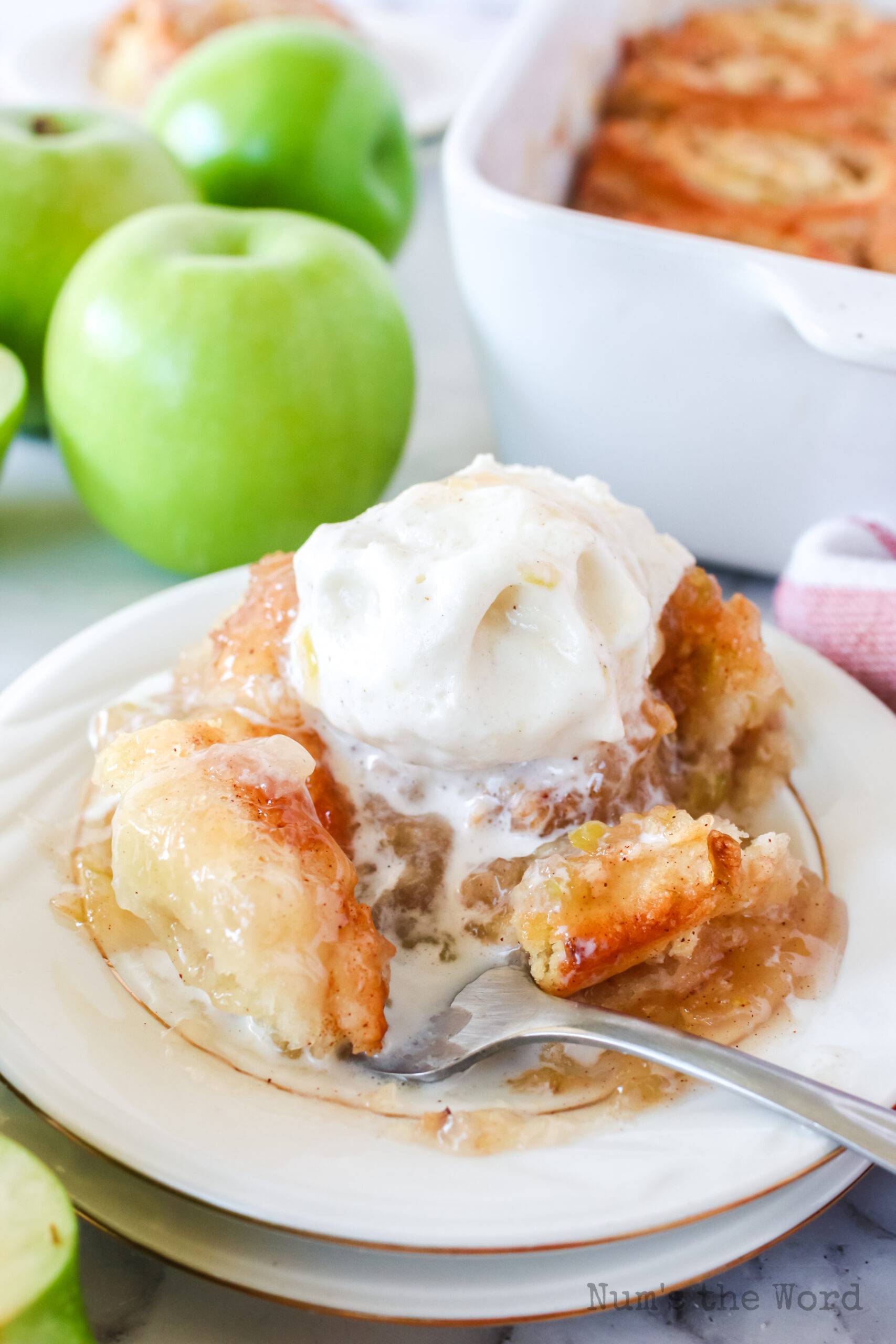 Apple Dumplings are one of our favorite apple desserts, making them a sweet treat that everyone enjoys! Full of nostalgia (and butter!) They are the perfect addition to your apple recipes!

Let me know what you think in the comments!

What a unique approach with making apple dumplings! I was wondering. Does the dough get soggy when baked with the sauce? I'm looking forward to preparing this version of apple dumplings for my family.

I wouldn't use the word soggy. I would however say they are saucy. Apple Dumplings are always saucy so this is not very different from other versions in that regard. Just a different way of making them.

This dish is perfect! Thank you for sharing, I wouldn't change anything, yummy!

Thank you so much Sue for your kind comment! I'm so glad you liked it as much as my family does!