Ever wanted a sticky, delicious, succulent Honey Baked Ham Recipe but don’t want to spend your entire savings? Well then look no further because this recipe is divine and won’t even come close to breaking the bank! 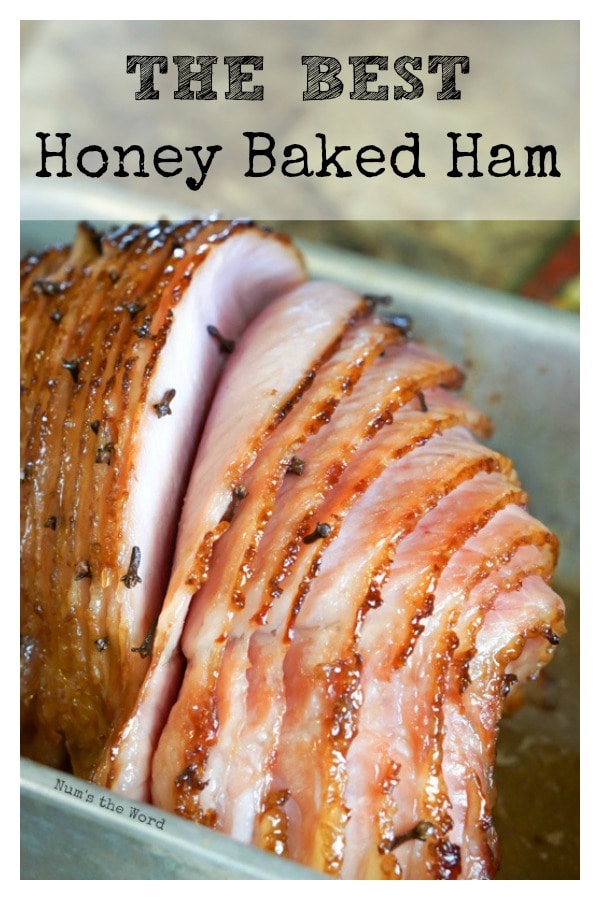 This Honey Baked Ham recipe is easy and packed with flavor. This is our favorite ham recipe that will leave your family begging for more! Skip the expensive price tag of buying a Honey Baked Ham and make it at home! Perfect for Christmas, Easter, and Thanksgiving!

This delicious ham recipe has a honey baked ham glaze that is sticky, crispy, and succulent. It is way easier than you would think! It only takes 5 ingredients including the ham!

And every time I’ve ever made it, someone asks me for the recipe. Without fail. 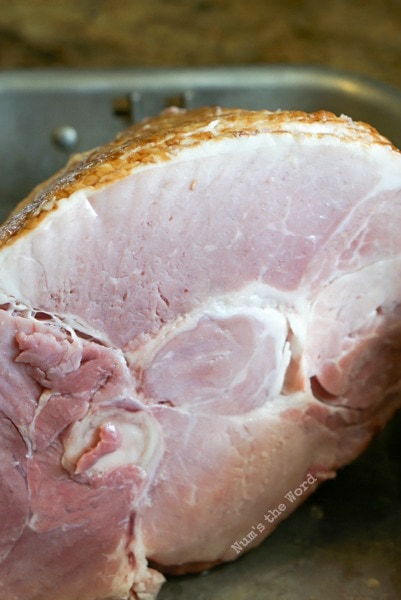 How to Prepare a Honey Baked Ham

Here’s what you’re going to need: 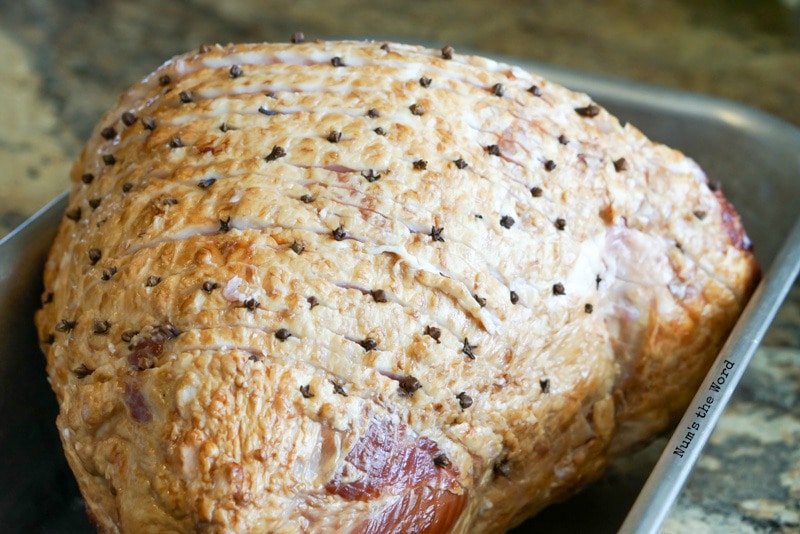 How to Bake a Honey Baked Ham

How to cook a copycat Honey Baked Ham is a fairly common problem that intimidates a lot of people. Don’t let it intimidate you! It’s pretty straightforward and painless. 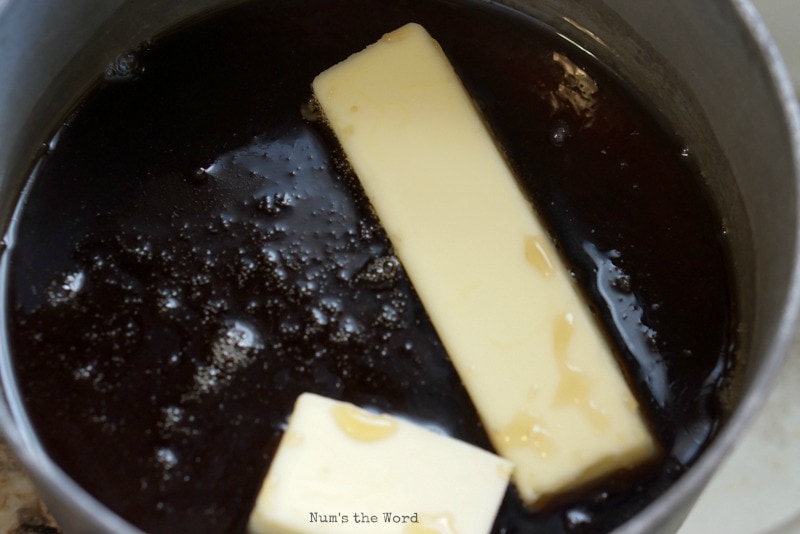 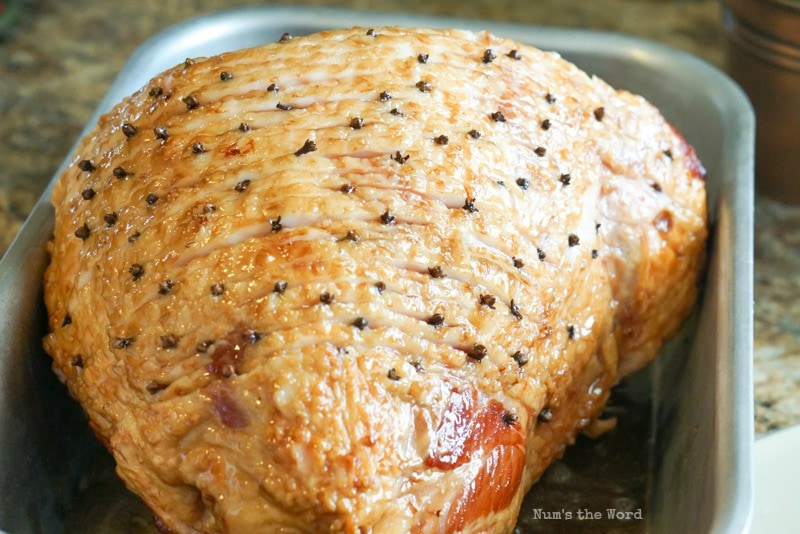 How Long Can You Keep an Unopened Honey Baked Ham

This is the great thing about ham! It can keep for a long time in your fridge before it is opened. This recipe technically isn’t Honey Baked until you bake it. So you can keep your ham for quite a long time.

From what I’ve seen of expiration dates they will last in your fridge anywhere between 2 weeks and 1 month. Be sure to check the expiration date on your ham but don’t feel like you need to cook it the same day you buy it. 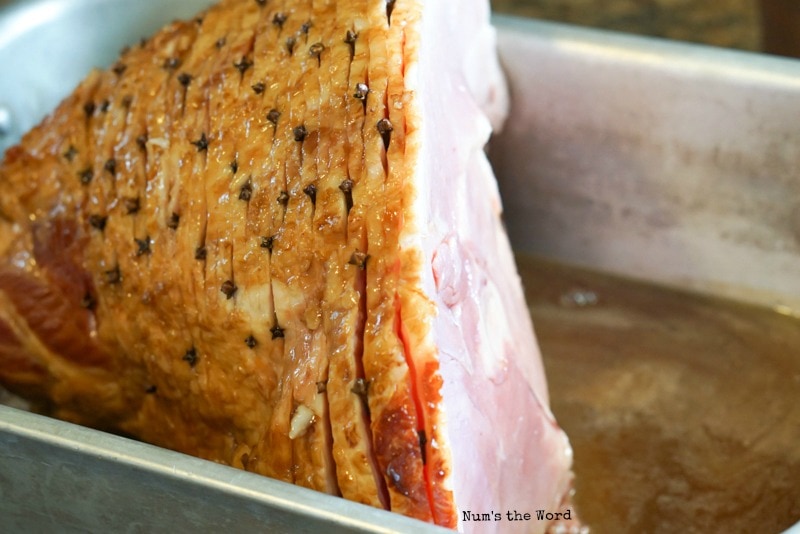 Can You Freeze Honey Baked Ham?

Yes you can! Sealed in an airtight container, a Baked Ham will last in your freezer for 2-3 months. You can also freeze or refrigerate the ham bone too! Ham bones are always worth saving. If you aren’t sure what to do with your ham bone try this Ham and Vegetable Soup.

You can also keep this Honey Baked Ham in your fridge, sealed in an airtight container for 4-5 days. It is wonderful for making Hot Ham and Cheese Sandwiches!

Feel free to eat it straight from the fridge or heated up. Eating ham cold or hot is a personal preference. It goes great in sandwiches, soups, casseroles, or quiches. 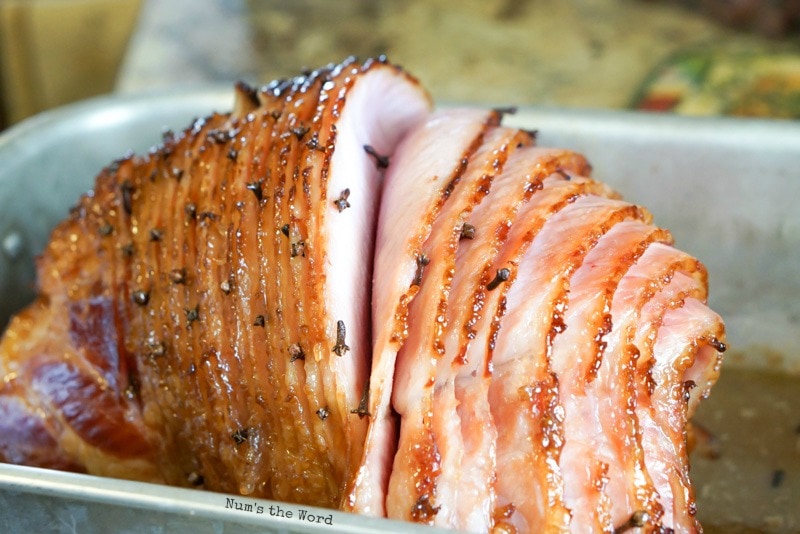 What Size of Ham Should I Buy?

This honey baked ham recipe calls for a 5 pound, bone in, spiral cut ham. Typically you want to ⅓ to ½ pound per person. This also covers the weight of the bone. Although you can do the math for your own personal gathering, here’s a few numbers that might cover what you need.

Buy an extra ⅓ – ½ pound per person so you have leftovers! 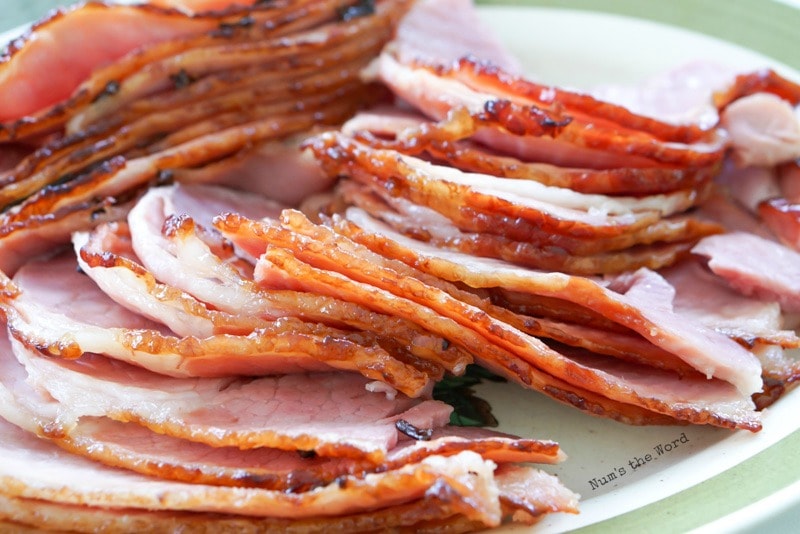 This Honey Baked Ham recipe is a symphony of flavors that give you a juicy, sticky, delicious ham that is sure to be a crowd pleaser at all your holiday events. Enjoy!

Nutritional Information is estimated, not exact.

This is the perfect ham for the holidays! We like to serve both Ham and turkey for Thanksgiving and honey baked ham is always a favorite. This is so juicy and well flavored, delicious!

I love that I can save some serious money this holiday season but not skimp on the flavor with this recipe.

Can you taste the cloves? I'm not a fan of clove and it strong flavor and scent.

I also don't like when a recipe calls for inserting garlic into meat....too concentrated flavor.

This looks so good! I have an 11.5lb bone in smoked ham roast that I'd like to use with this recipe for Christmas. Any suggestions? Thanks!

Sari! Wow! That is one big ham! You must be feeding a crowd! So I have never personally cooked a ham that size but did a quick look online to see what suggestions I could offer! And it looks like the overall consensus is for a bone in ham, you'll want to cook it 12 - 18 minutes per pound. Meaning you'll want to cook your ham for approximately 1 hour 40 minutes - 2 hours 10 minutes. Really you'll want to watch it for those last 30 minutes and even use a digital thermometer to check the temperature of the meat. Ham should have a MINIMUM internal temperature of 145*F when baking to eat. Anything above that is fine just minimum of 145*F. Hope this helps! Let us know what you think after you try the recipe!