Air Fryer Pizza rolls are a popular party snack, college student dinner and after school snack.  Making them in the air fryer means hot insides with a crispy crust that everyone will love! 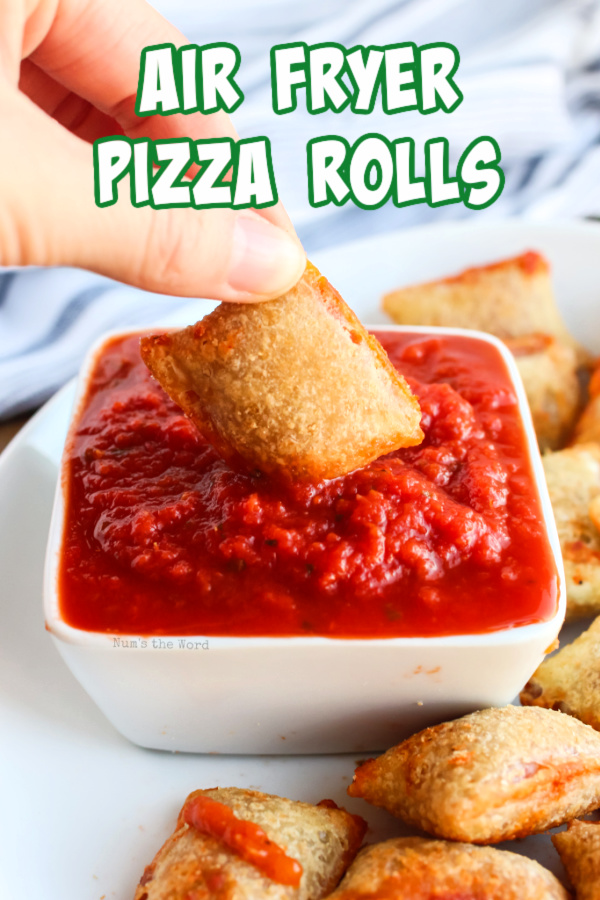 Though microwaving them left the texture slightly gummy, the taste and ease of preparation was the inspiration for many-a-craving.

Do you know what I WISH I’d had back in those good ol’ days? An air fryer. Air fryer pizza rolls are superior in every way (inasmuch as pizza rolls can claim superiority).

Their texture is much better than the microwave method and they cook much faster than the oven method. It’s a win-win situation, and even my adult self couldn’t be gladder for it.

When you cook your frozen pizza rolls in the air fryer, you get a delectably crispy, flaky crust and a hot, cheesy inside bursting with all the pizza roll flavor you know and love.

It takes a fraction of the time oven-baking requires, doesn’t heat up your entire house on a summer day, and frees up valuable oven space if you’re preparing several appetizers for a party or gathering. 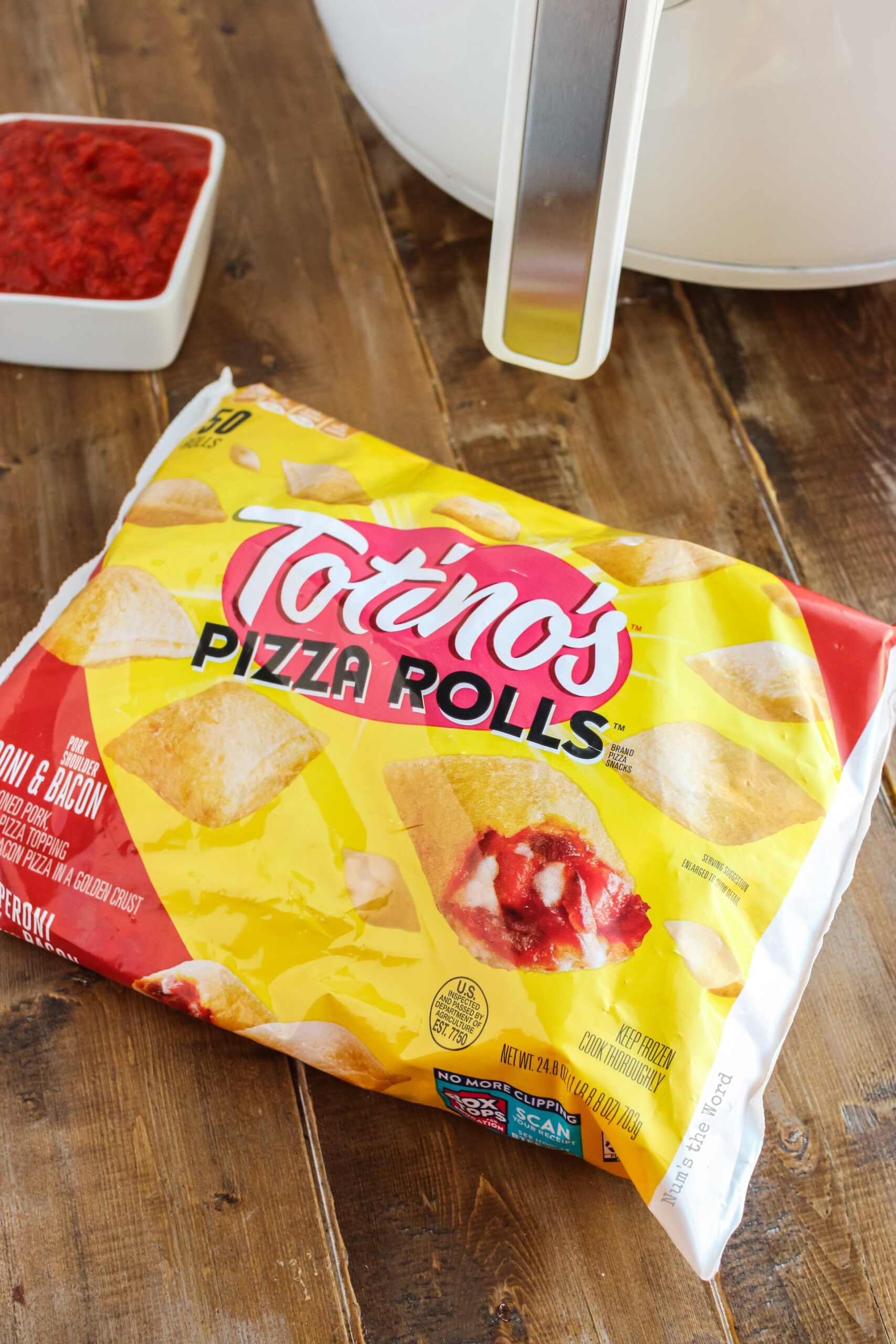 When were pizza rolls invented?

Totino’s was sold to Pillsbury in 1975, which later became part of General Mills. In 1986, Jeno’s Pizza was acquired by Pillsbury and the pizza rolls were later rebranded as Totino’s pizza rolls in 1993. 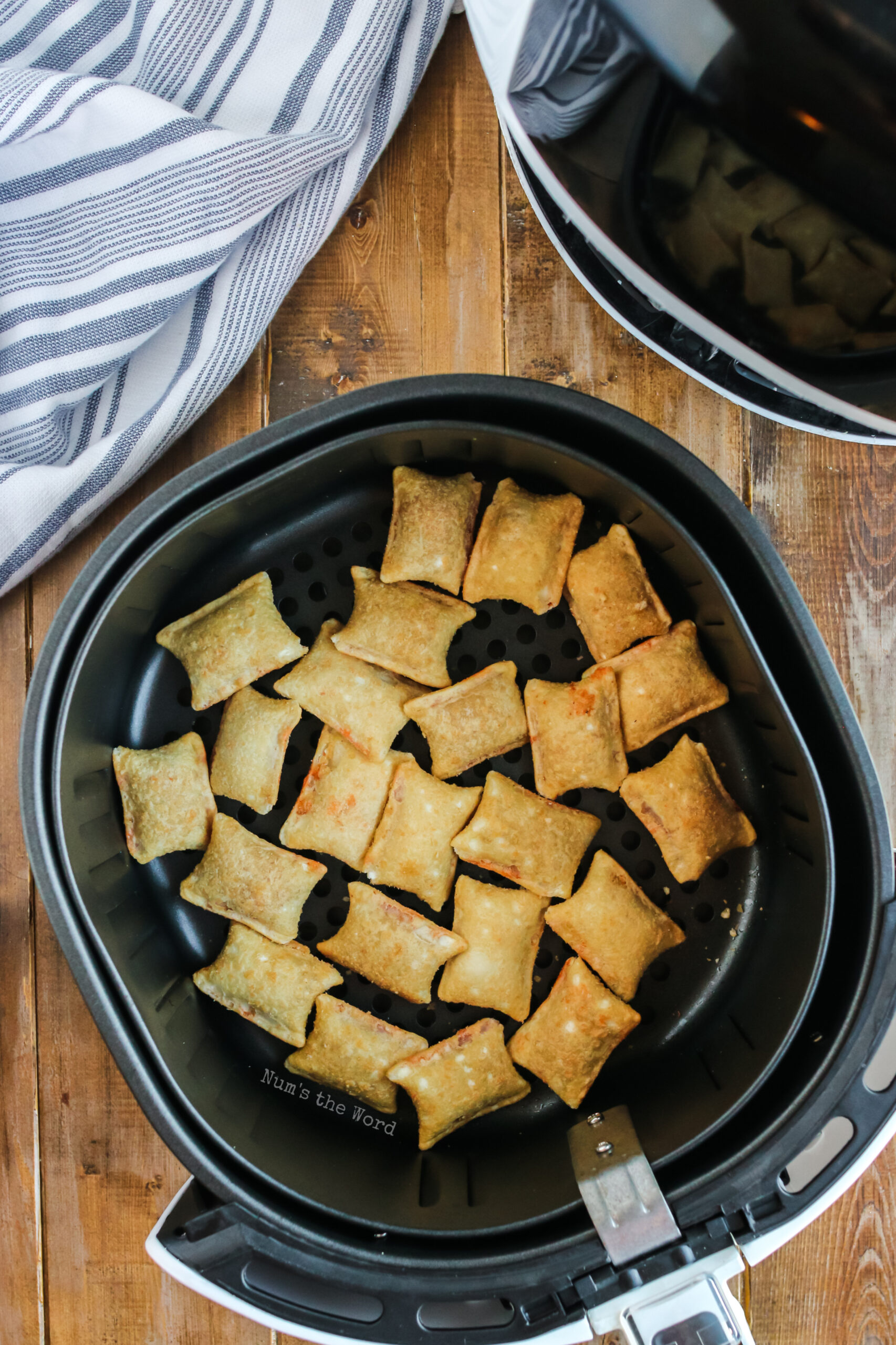 Can you cook pizza rolls in an air fryer?

Absolutely, you can cook frozen pizza rolls in air fryers! And you’ve come to the right place to figure out how. Pizza rolls and air fryers are a match made in heaven, born more than half a century apart. 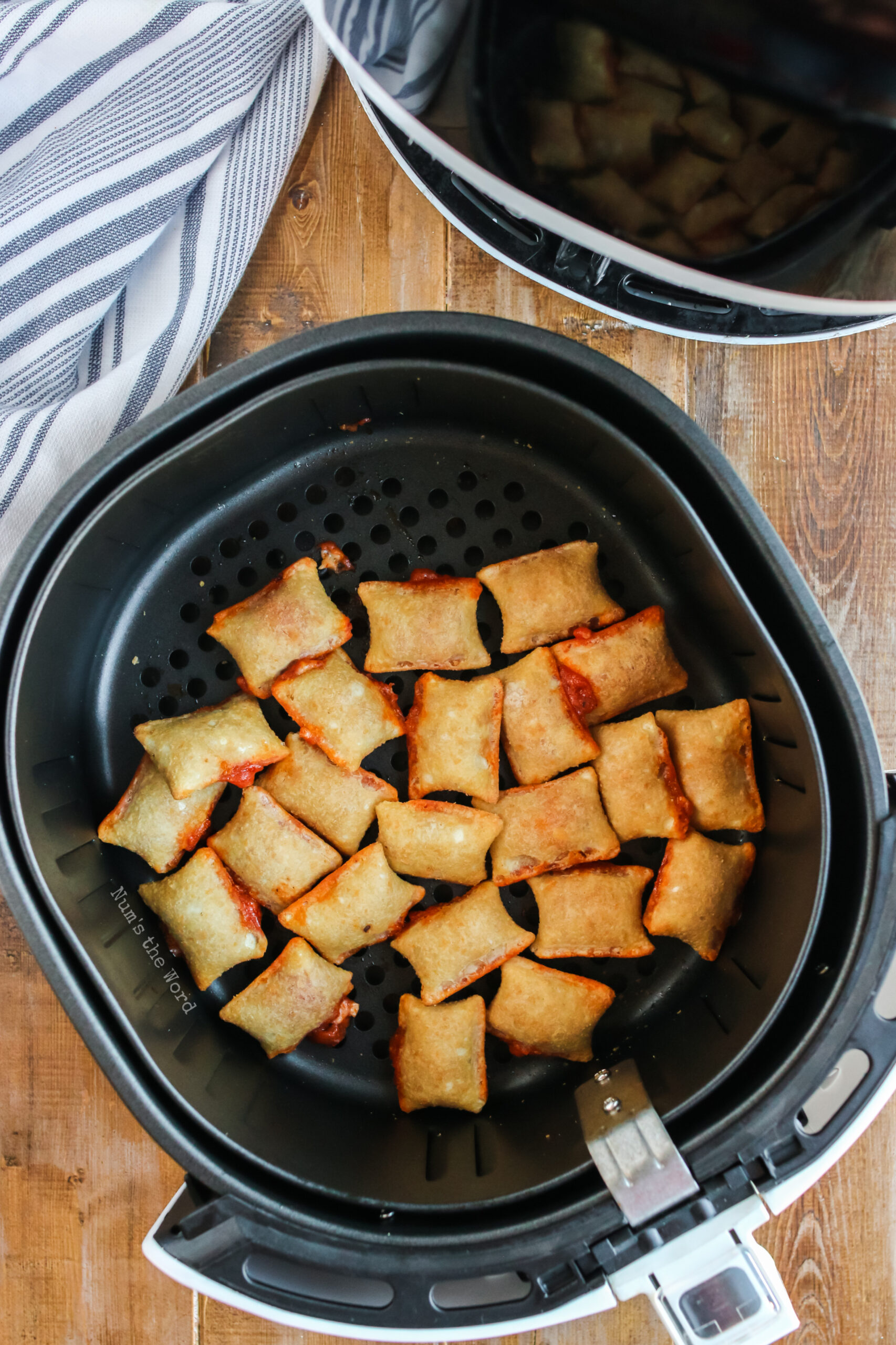 How to cook pizza rolls in air fryer? 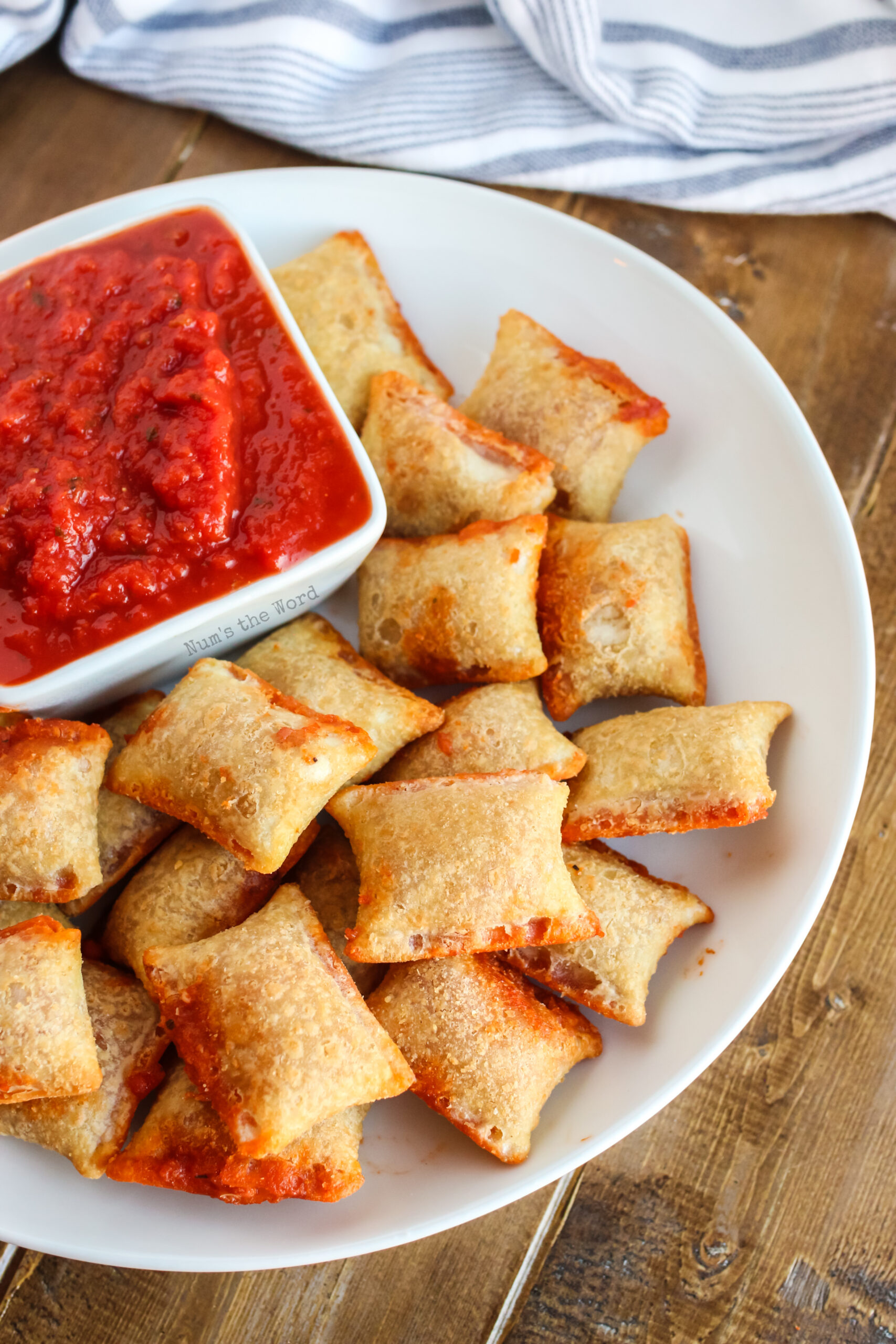 How long to cook pizza rolls in air fryer?

As I mentioned before, cooking pizza rolls in the air fryer is SO much faster than in the oven and SO much better than the microwave.

Pizza rolls in air fryer take a grand total of 7 minutes. ONLY 7 MINUTES! 5 to start, with a little shake before an additional 2 minutes. The hardest (and longest feeling) stretch is letting them cool enough to eat!

I’ve read you can bite off the corner of the pizza roll and blow on the insides through the hole to cool it faster. Perhaps worth a try, since I always seem to be too impatient to allow those pockets of pizza goodness to cool properly before popping them in my mouth and experiencing a volcanic eruption of molten sauce on my tongue! 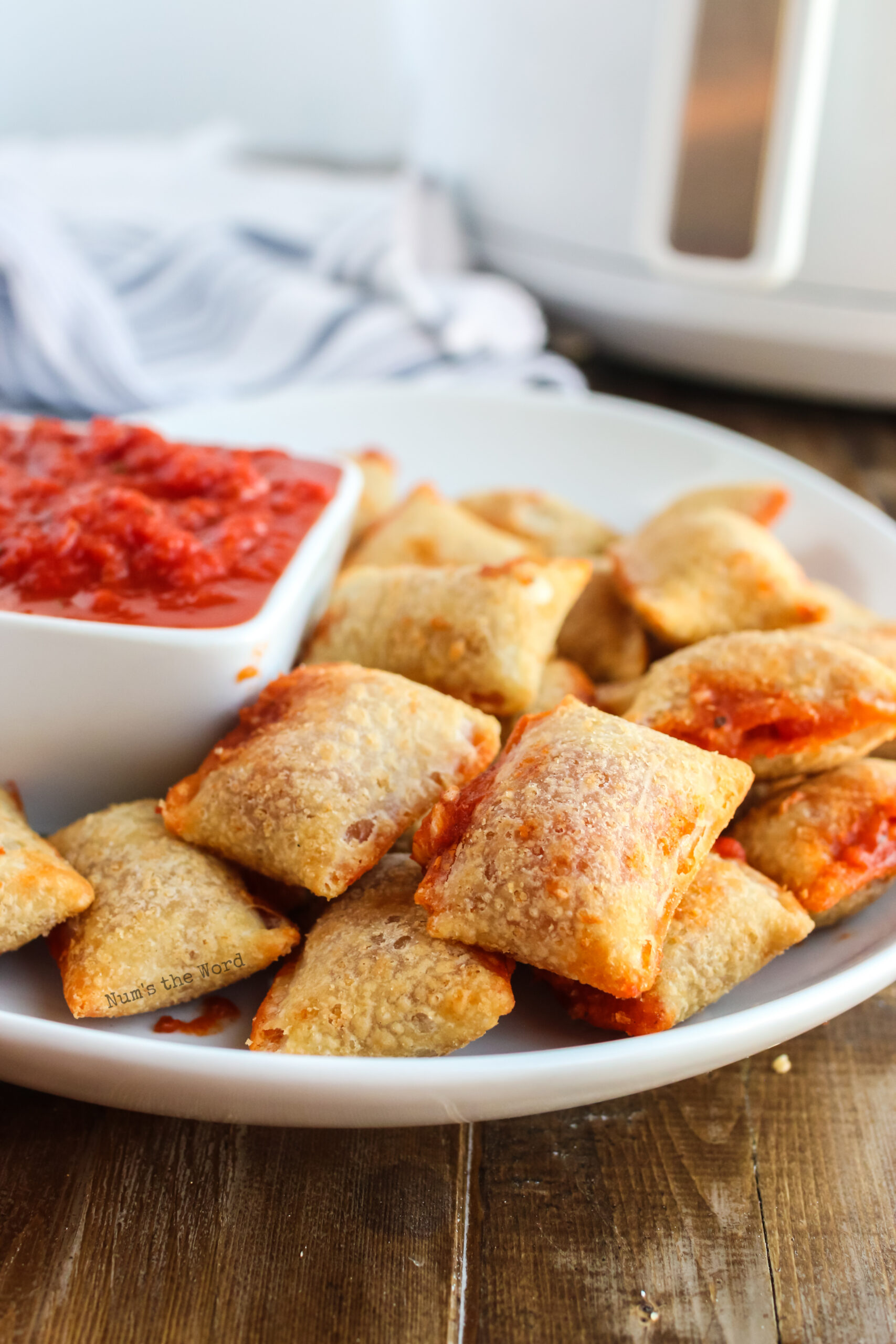 What flavors of pizza rolls are there?

Totino’s pizza rolls come in a number of different flavors, all of which are suitable for cooking in the air fryer. There’s much more than just pepperoni pizza rolls, so pick a flavor to your tastes and give cooking them in the air fryer a try! 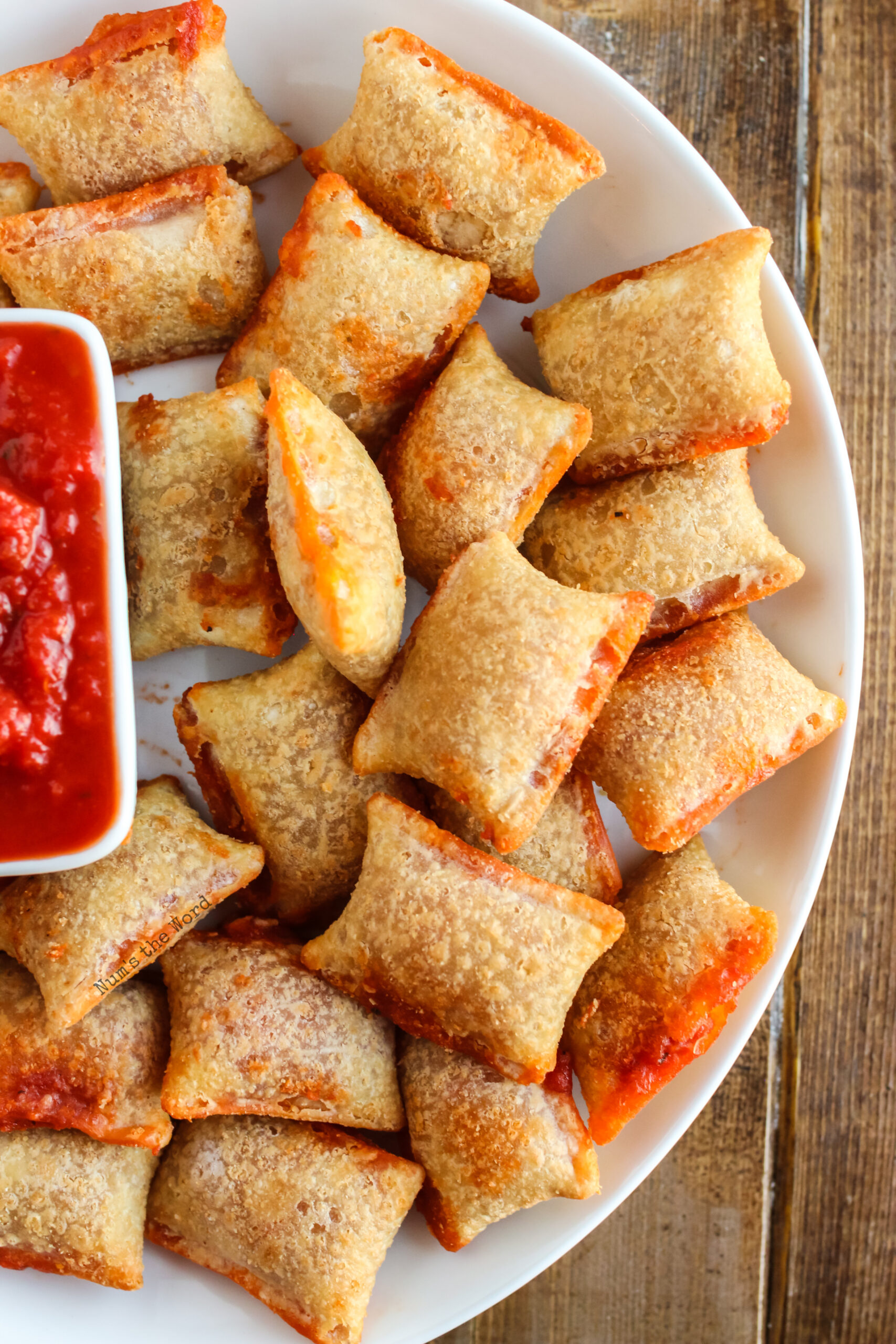 My friend, everything expires eventually. Pizza rolls are no exception! Pizza rolls have meat and cheese and are very tasty! Be sure to check the label for best by  and/or expiration dates, and avoid eating expired foods because you could get sick. And they don’t taste good.

Speaking of poor tasting foods, pizza rolls can sometimes get freezer burn before they expire, and this definitely has a negative impact on taste.

To avoid such a fate, make sure you keep your uncooked pizza rolls in an airtight container or bag. Limiting a food’s exposure to air will greatly reduce the chance of freezer burn.

No. Please don’t feed pizza rolls to your dog. They often contain meats and seasonings that are not healthy and potentially even dangerous for your pooch. 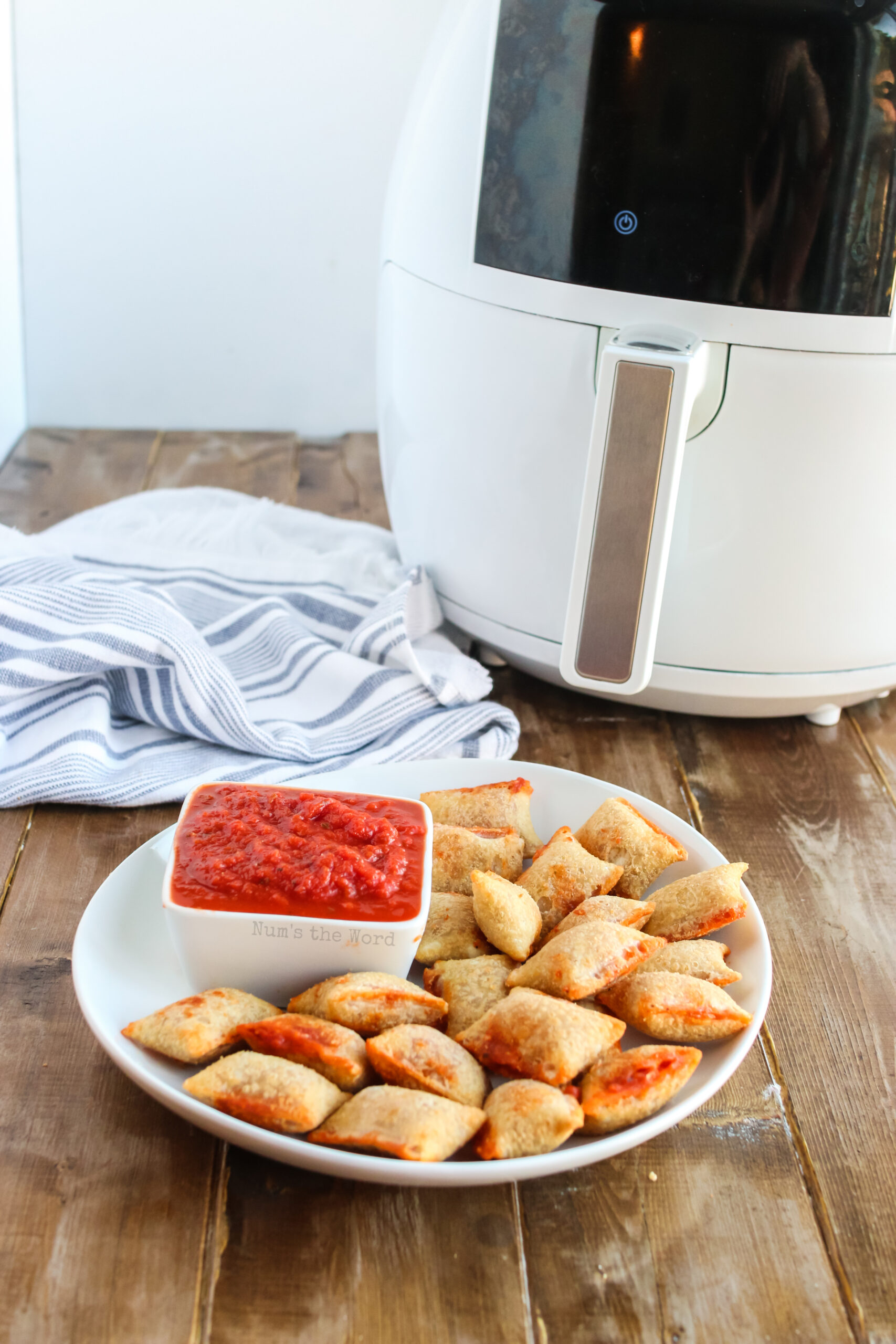 Pizza rolls, air fryer. It just makes sense, right? If I didn’t know any better, I would think pizza rolls were invented to ride the air fryer wave, but they’ve been around and well beloved for decades.

You really can’t beat the speed, taste, and freed up oven space you get when you prepare Totino’s Pizza Rolls air fryer style.