If you’re looking for the perfect dessert, look no further! This delicious and easy No Bake Banana Pudding Cheesecake is simple to make and full of flavor. It’s creamy and rich and has the perfect blend of banana, vanilla, and cheesecake flavor without being overpowering. 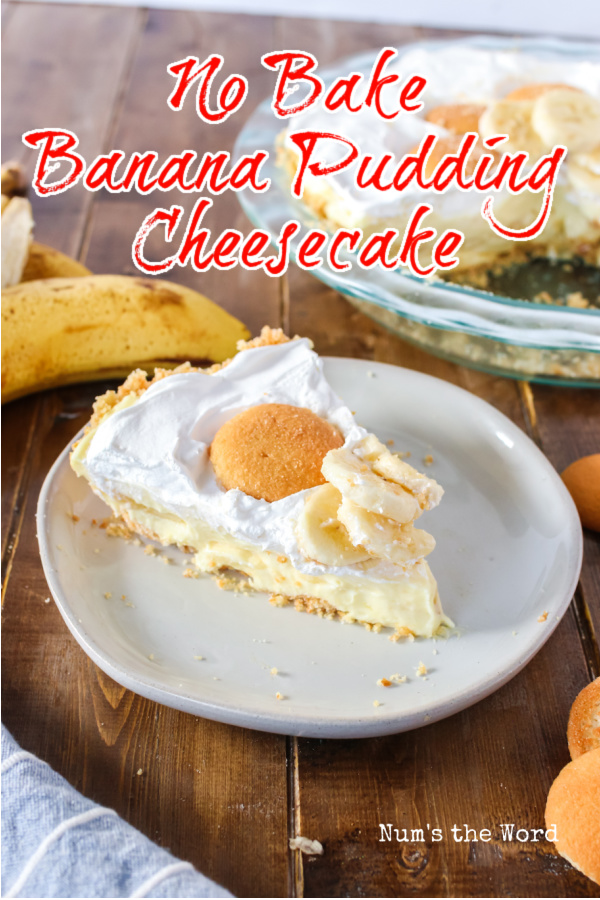 I’m a bit of a banana fan, in case you haven’t noticed. I love banana cream pie, homemade banana pudding, banana cake, cookies, bread, bars … I could go on. But few things can top this easy banana pudding cheesecake recipe!

Whether you’re looking for a dessert for your next party or gathering, have a hankering for something creamy, banana, and delicious, or want to try a new cheesecake recipe, this is the place for you!

Whip up this tasty treat in a pie pan, springform pan, or individual style in muffin tins — however you make it, you’re bound to love it! 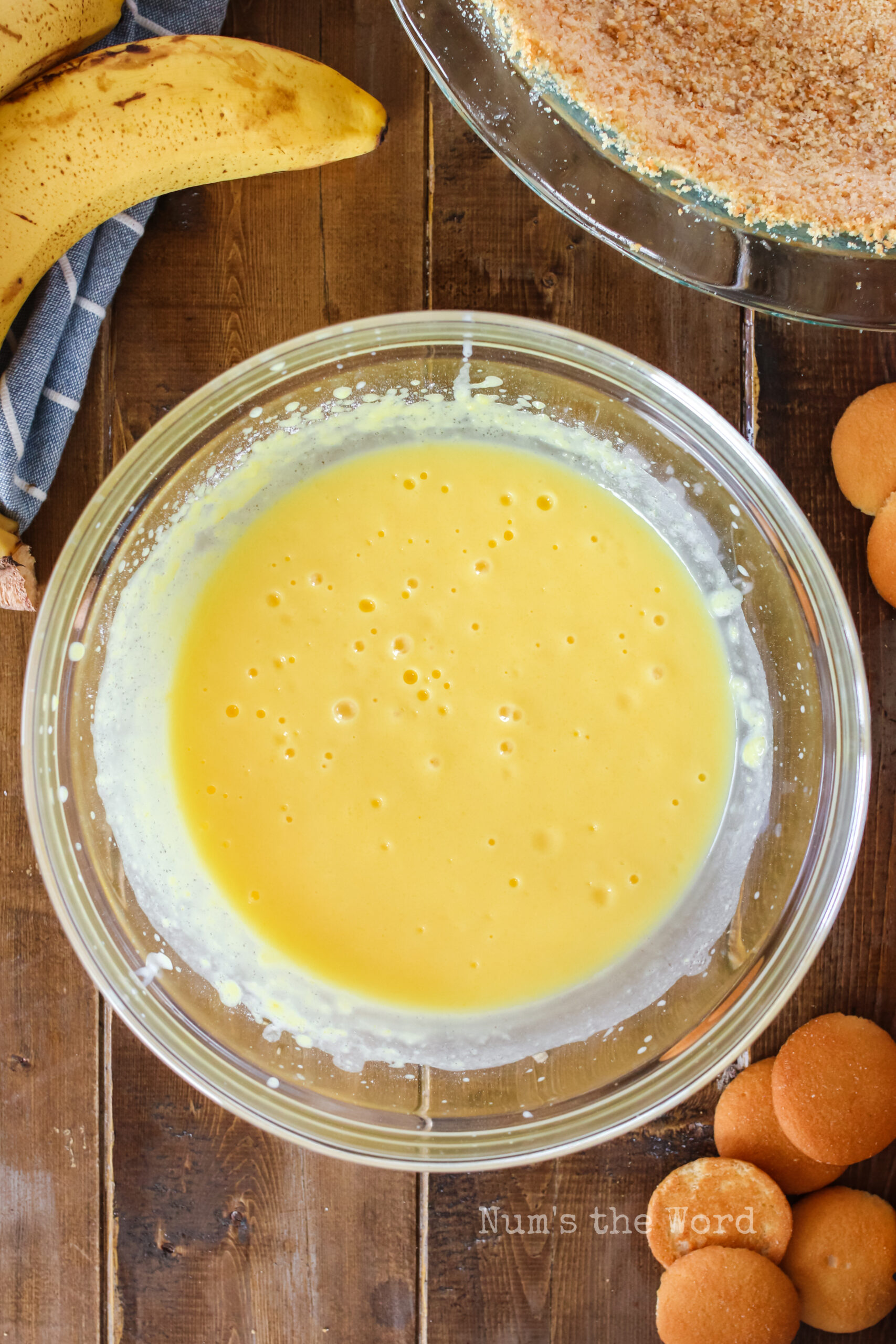 What Ingredients are in No Bake Banana Pudding Cheesecake? 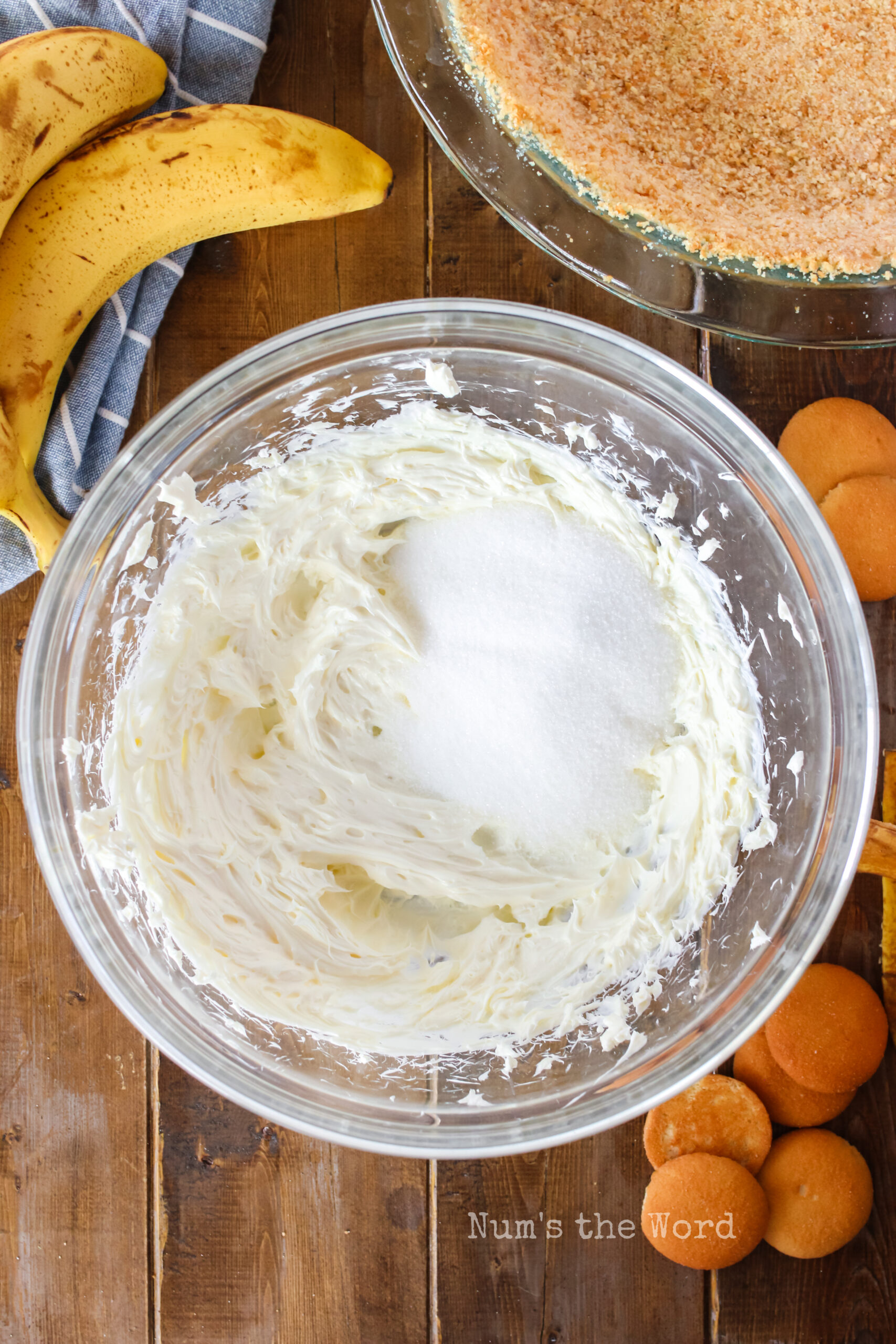 How to make no bake banana pudding cheesecake? 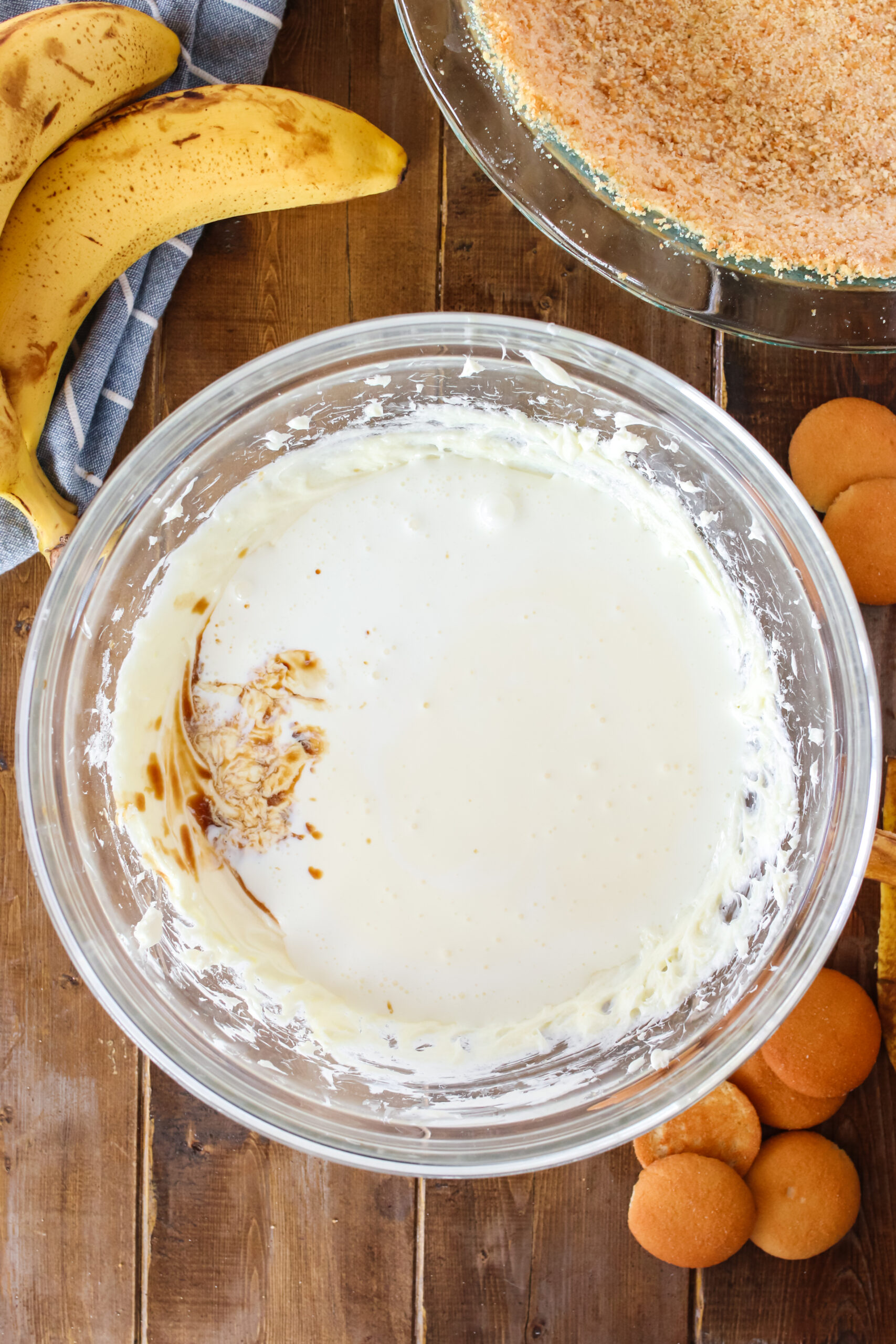 Yes, you can definitely use banana pudding instead of vanilla! Just make sure you use INSTANT instead of cook and serve. Using banana pudding will significantly increase the level of banana flavor in your cheesecake. 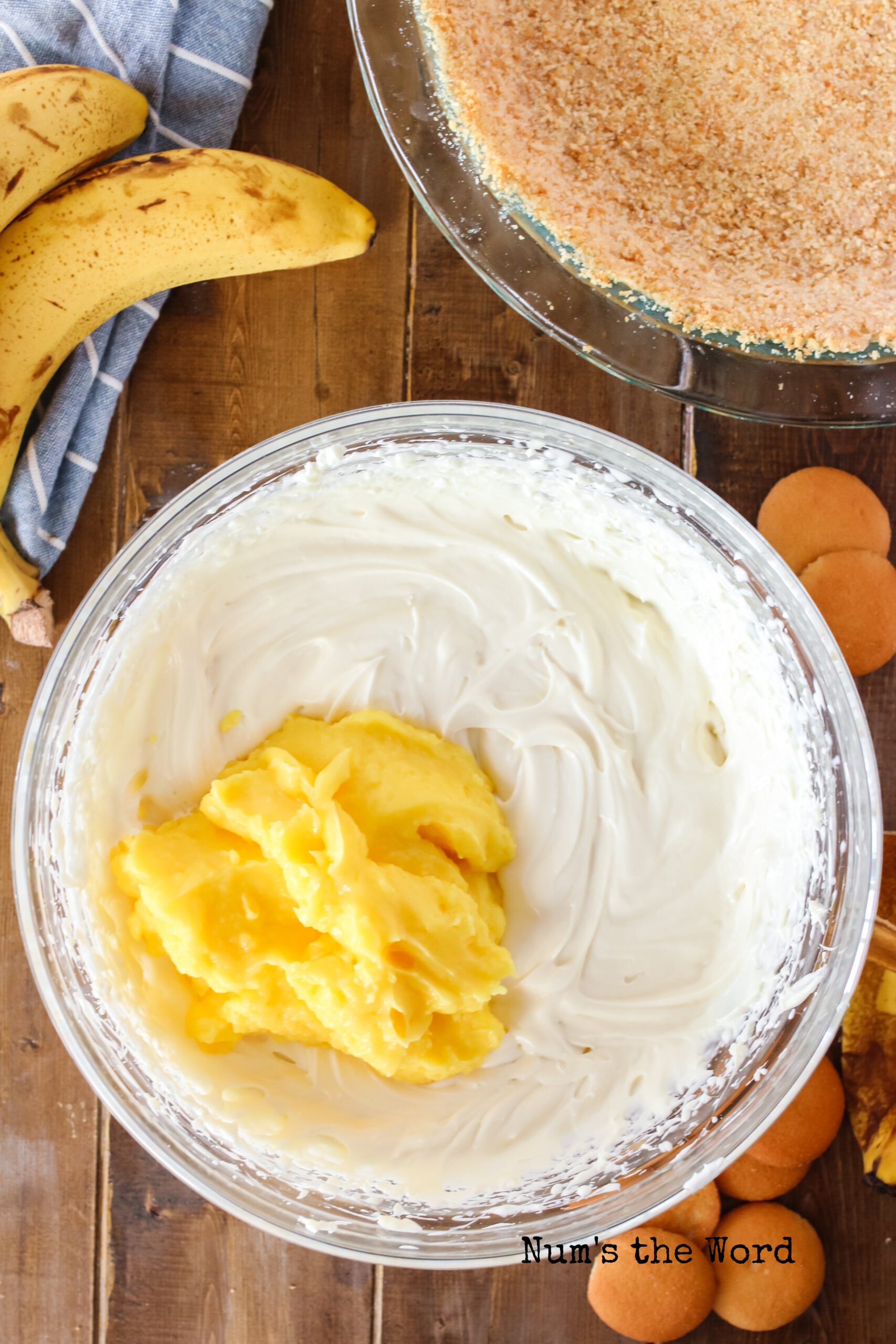 How do you keep bananas from turning brown in banana pudding cheesecake?

The bananas start to turn brown when they react with the air, but they’re still safe to eat.

Coating the bananas with the cheesecake pudding mixture will slow down the oxidation process and keep them from turning brown as quickly.

I recommend waiting to top the cheesecake with extra nilla wafers and freshly sliced bananas until you’re ready to serve for exactly this reason — your bananas will not get discolored and your wafers will not get soggy! 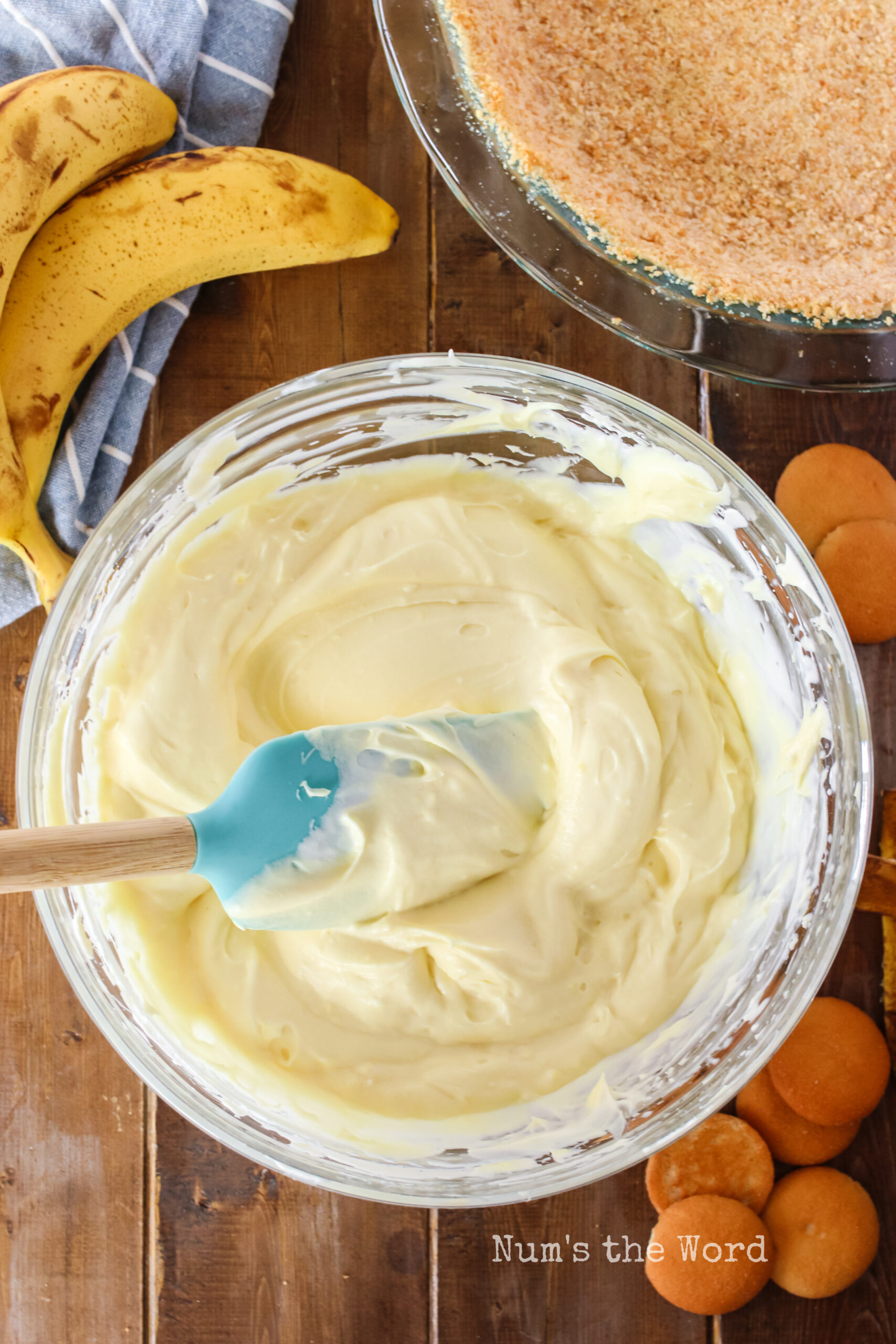 Can I make no bake banana pudding cheesecake ahead of time?

Yes, you can make this banana pudding cheesecake recipe ahead of time. Once prepared, this recipe will last up to 3 days in the fridge if stored properly. So whipping it up a day ahead of time is definitely an option!

As I previously mentioned, I recommend waiting to add the nilla wafer and sliced banana topping until you’re ready to serve so that the wafers don’t get soggy and the bananas don’t brown. 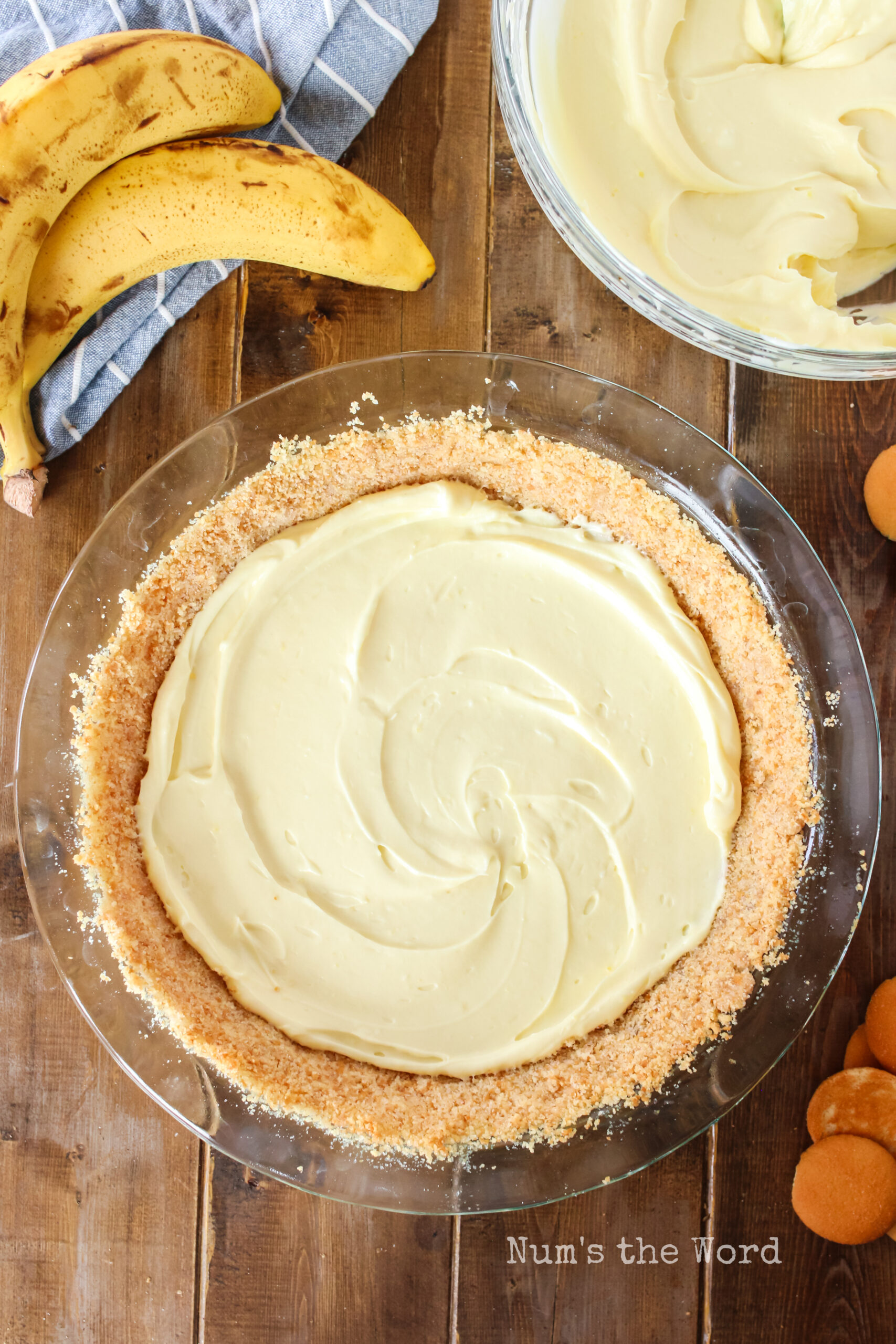 How long does no bake banana pudding cheesecake last?

This recipe will last up to 3 days if stored properly in the fridge. You’ll want to cover the cheesecake with plastic wrap or a pie lid for best results. I’ve found it usually doesn’t even make it to the fridge because it’s too good for leftovers! 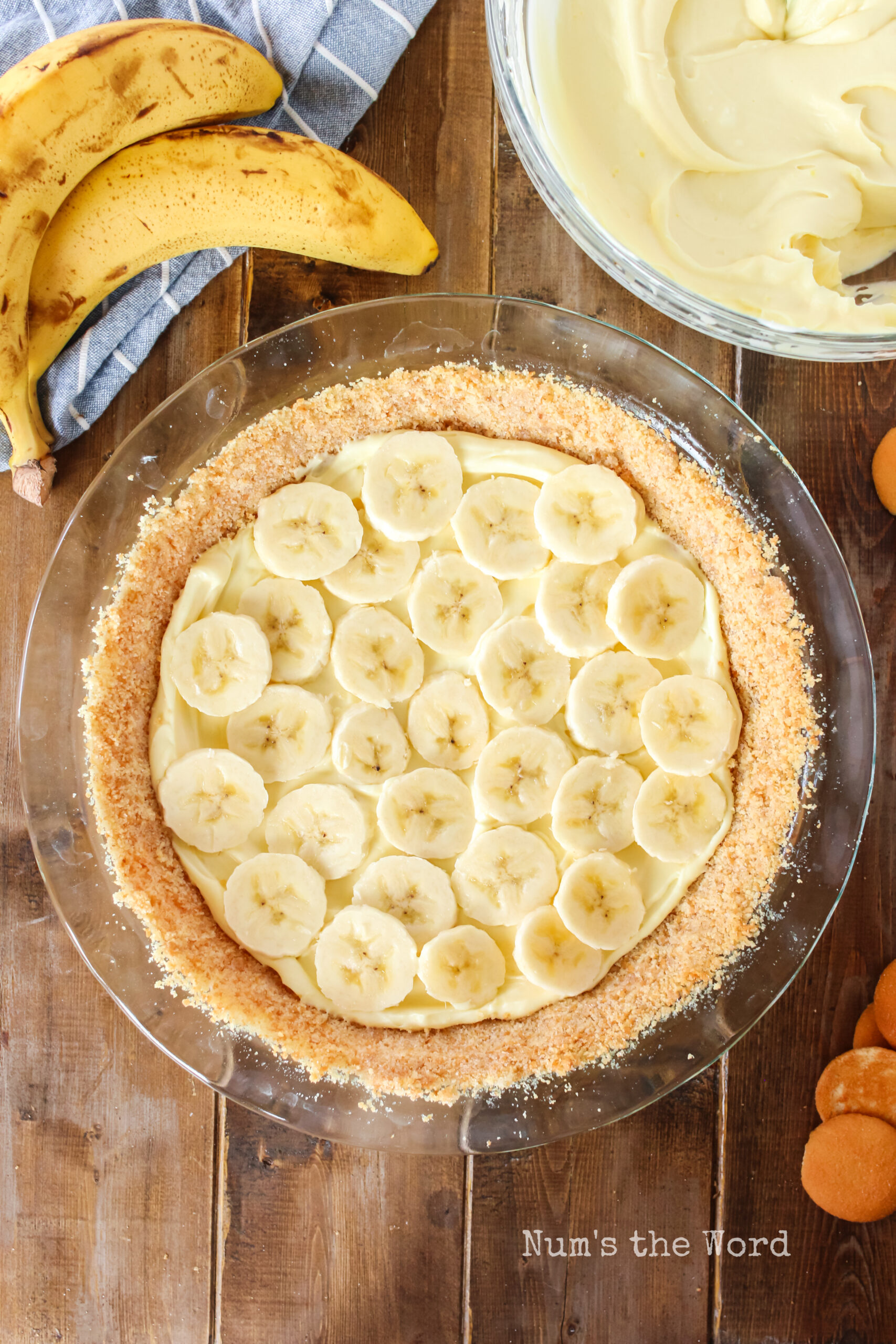 Can you freeze no bake banana pudding cheesecake?

Yes! Pudding and cheesecake both freeze surprisingly well, so this combination dessert is freezer friendly too. The main thing to note when you freeze it is that you have to let it thaw in the fridge on its own — there’s no way to speed the process up without ruining the treat.

To freeze, store in an airtight container and freeze for up to 2 months. You can freeze the entire cheesecake/pie or freeze individual slices (I recommend pre-freezing if you go the sliced route).

To pre freeze, place slices on a baking sheet or separate them in the pie tin and freeze until they are just frozen (usually a couple hours). Transfer to an airtight container, bag, or wrap tightly in plastic wrap before storing in the freezer for up to 2 months. 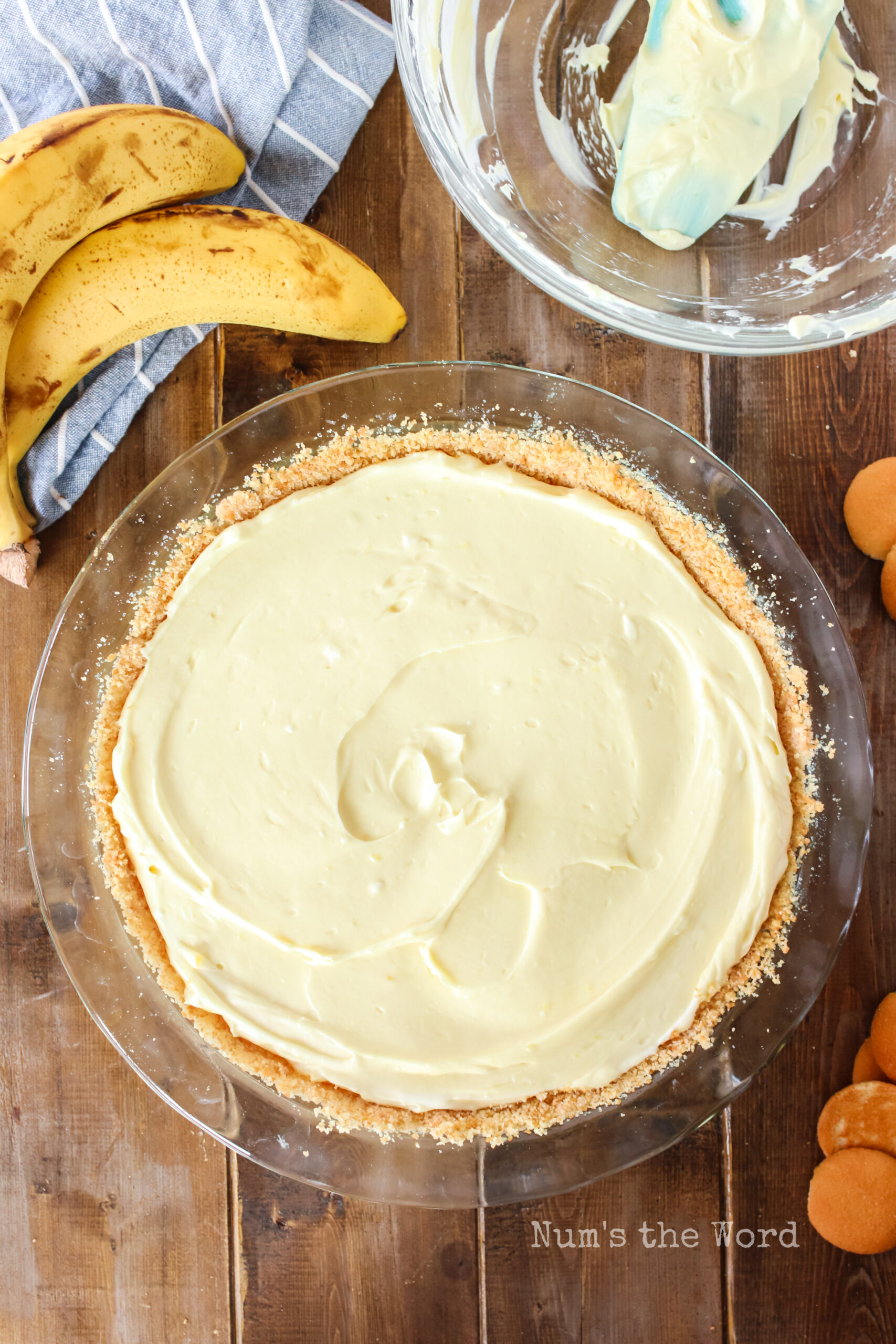 Can I bake no bake banana pudding cheesecake?

I do not recommend baking this banana pudding cheesecake recipe NO BAKE version. I haven’t personally tried it, but I can’t imagine it would work out well.

If you’re looking for a baked recipe, I’d try something different. Part of the beauty of this recipe is the simplicity and ease of preparation because it doesn’t need to be baked! 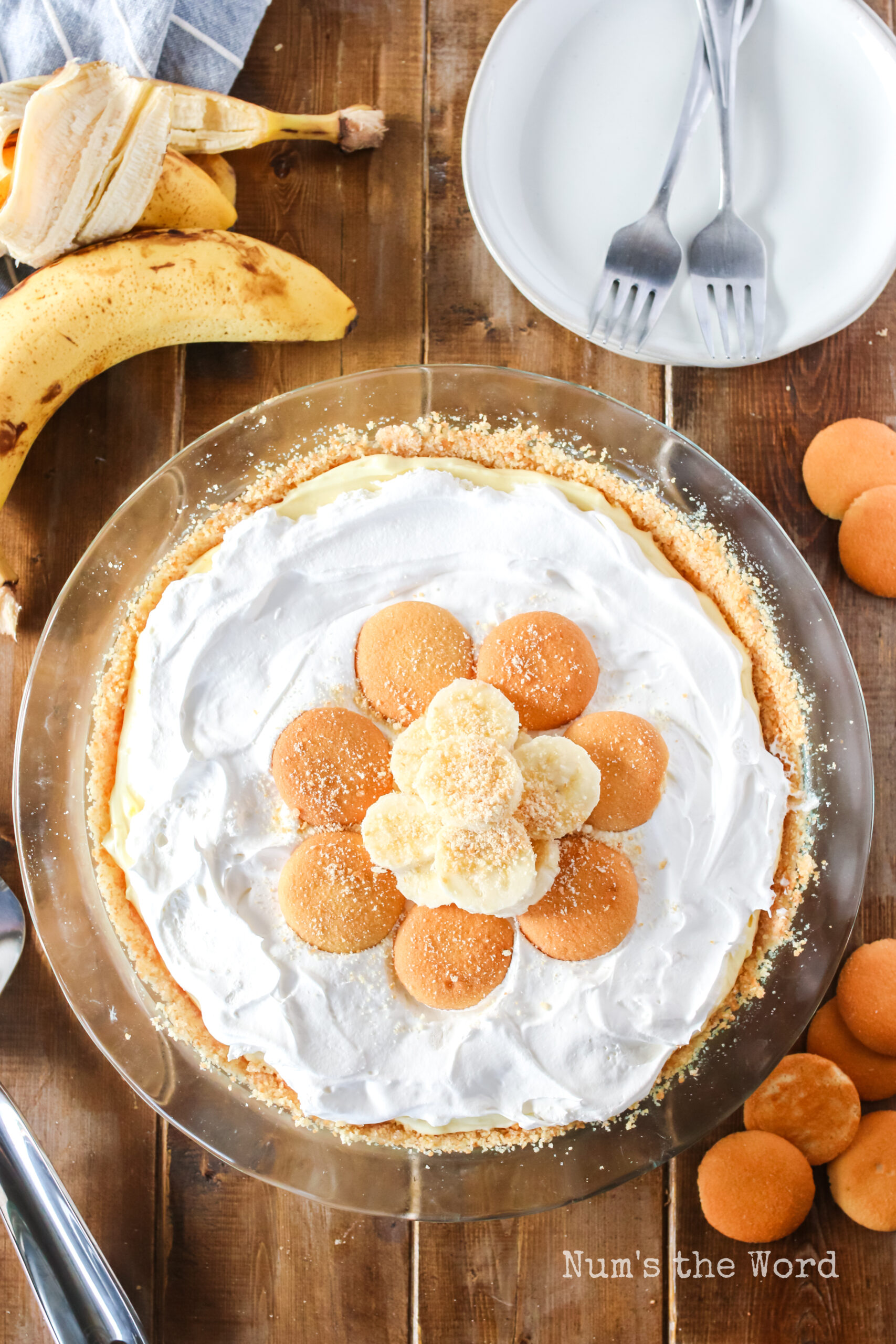 Why can’t I get the actual recipe?

At the top of every recipe is a ‘jump to recipe’ button. If you click that it will go straight to the recipe with all ingredients and measurements.