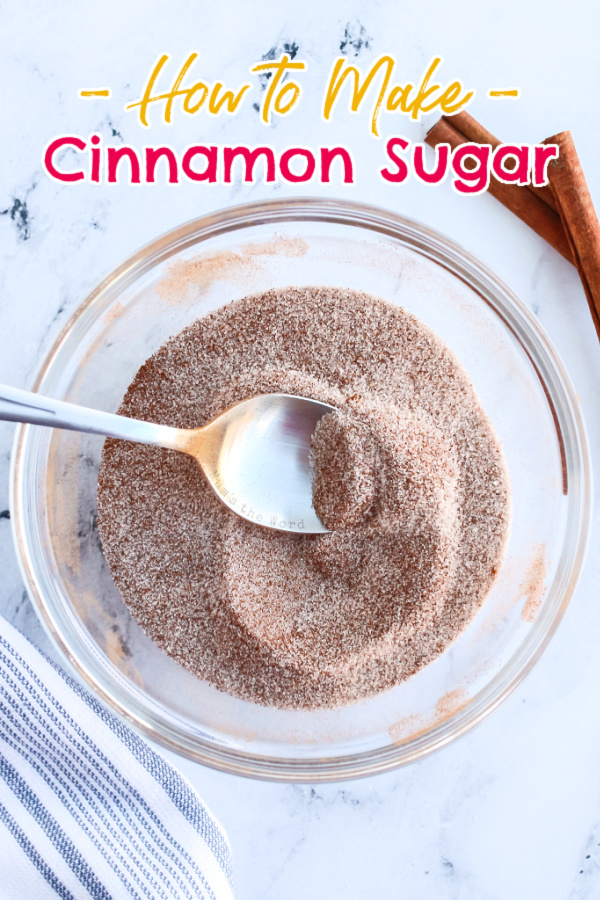 But purchasing a package of already mixed cinnamon sugar is not something you should ever have to do. Why? Because it is literally SO SIMPLE to mix the perfect ratio anytime you need it!

Mix up a batch of this cinnamon sugar mix and keep it on hand for whenever you need a dash of cinnamon-sweetness in your day. It’s seriously one of the easiest things you’ll ever whip up!

Using just two ingredients you already have in your pantry — you guessed it! Cinnamon and sugar — you can mix up the perfect sugar and spice combination to use on all things tasty and nice. 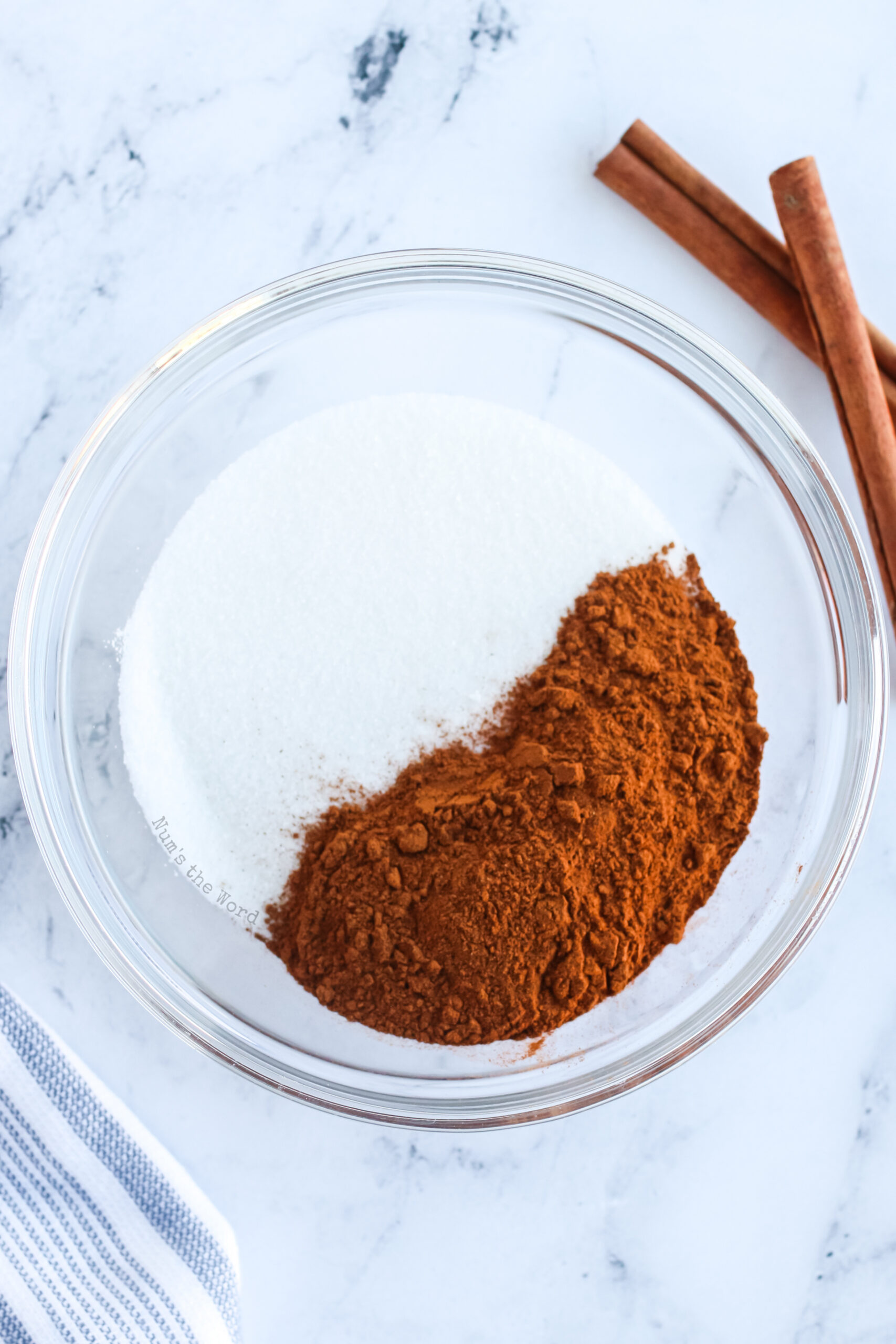 What is cinnamon sugar?

It’s all in the name! It’s a delicious ratio of spicy cinnamon and perfectly sweet granulated sugar. You can purchase it at the store already mixed, but why would you?! I’ve got the perfect recipe right here for you, and you’ve never put together an easier combination, I guarantee it. 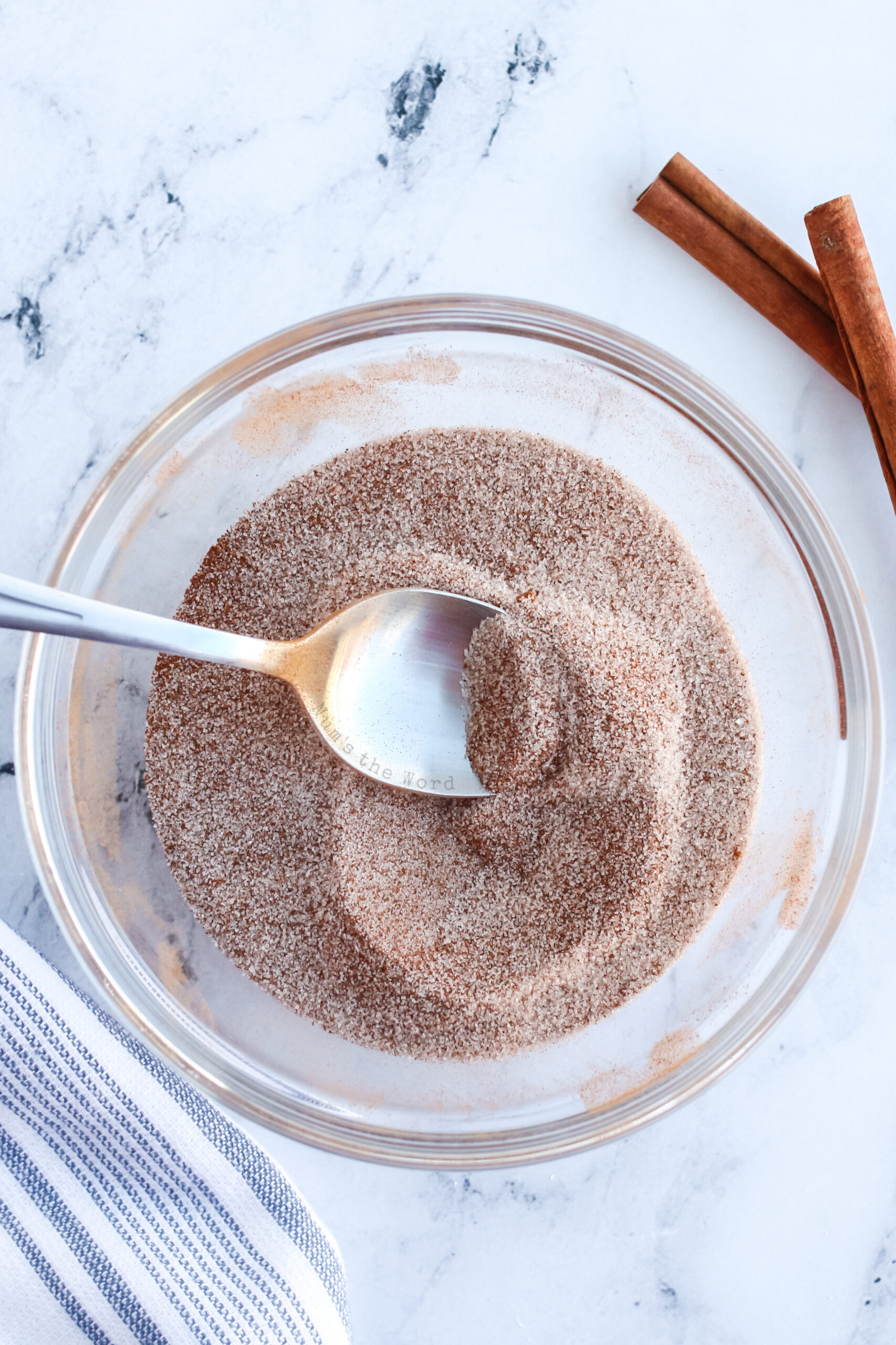 How to make cinnamon sugar?

To make this recipe, you’ll need two ingredients. Can you guess what they are?

Now that we’ve established the exact ingredients, let’s get to the easiest instructions you’ll ever see:

It really is that simple! Store in an airtight container, bag or jar, and use liberally! 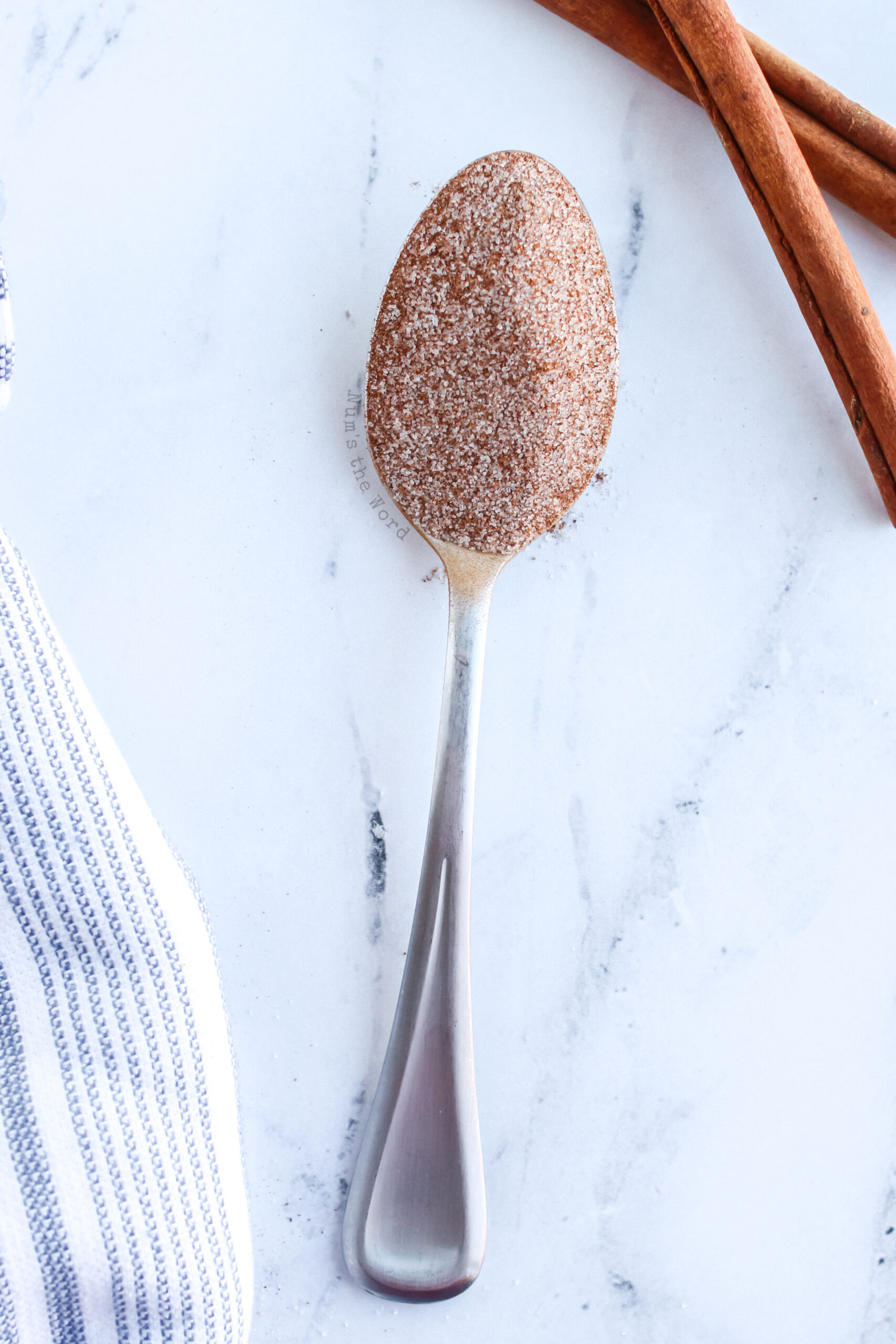 How to make cinnamon sugar toast?

One of our family’s favorite snacks is cinnamon sugar toast. There are a couple ways to make this delicious treat, and fierce proponents of either method. I’ll cover my favorite two:

If I’m making cinnamon toast for one or two people, I prefer the toaster method. Toast bread to your desired level, spread liberally with butter, and sprinkle with cinnamon and sugar. This is the fastest and least error-prone way of the two methods.

The way I grew up making cinnamon toast, and the better way to make it in larger quantities, is the oven broiler method. Place bread in a single layer on a baking sheet. Spread each slice with butter and sprinkle with a good coating of cinnamon sugar. Place under the broiler in the oven on high heat.

Be sure to watch carefully, or you’ll burn your bread and sugar! It only takes a couple minutes to have a beautifully bubbly, soon-to-be-crunchy and caramelized butter and sugar topping, toasted edges of bread, and a soft, warm center. 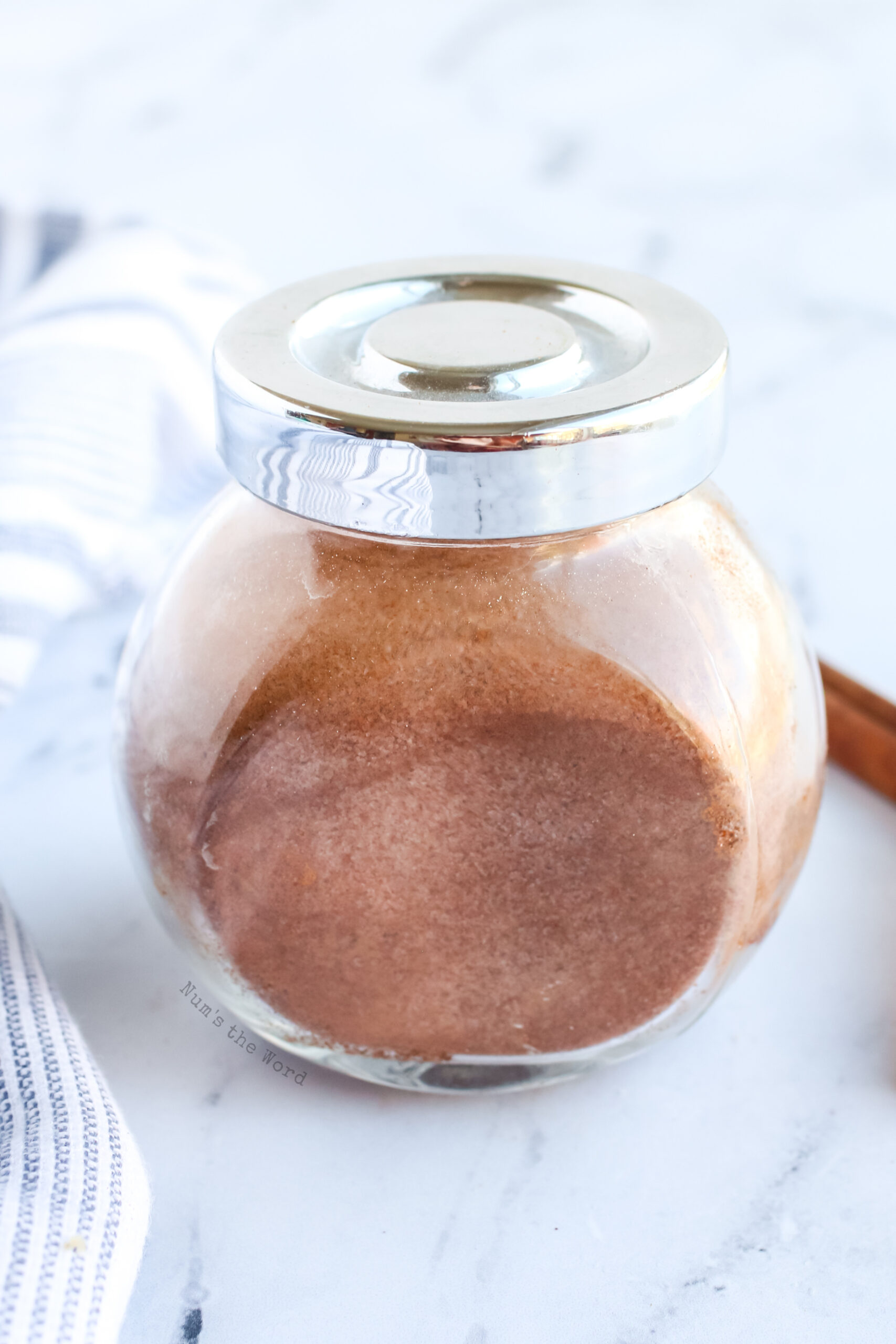 Does cinnamon have sugar?

There is a small amount of naturally occurring sugars in cinnamon. In a tablespoon of cinnamon, there is 0.2 grams of sugar. This is part of why cinnamon enhances some of the sweeter flavors of foods when you add it. Sprinkling plain cinnamon on apples or oatmeal will make the foods seem sweeter.

Some small studies have found a link between cinnamon consumption and better blood sugar levels. However, this is for plain cinnamon, not cinnamon with sugar added (as is the basis of this recipe). Consult your physician or dietician before making changes to your diet or diabetes treatments. 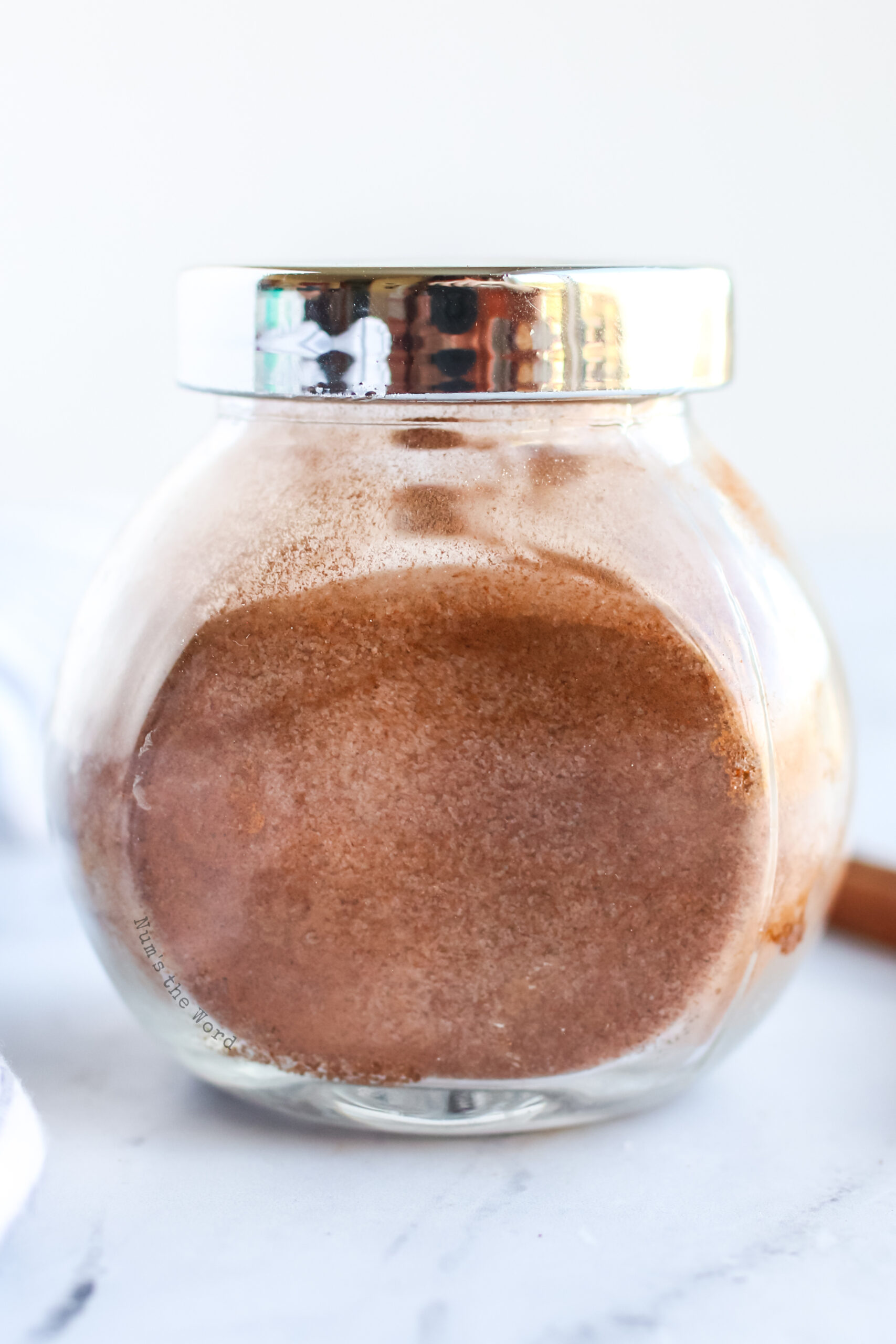 Can dogs have cinnamon sugar?

According to the American Kennel Club, cinnamon is not harmful for dogs to eat. However, sugar in dogs can have the same effect as sugar in humans: tooth decay, weight gain, and even diabetes. It is not advisable to feed your dog sugar or foods with added sugars.

Cinnamon can be a great ant deterrent, though it’s not likely to exterminate the ants causing you problems. Ants will avoid areas with cinnamon, and cinnamon oil can repel and kill ants, but they are rather determined creatures and will usually find a way around or through if cinnamon powder is your only line of defense. 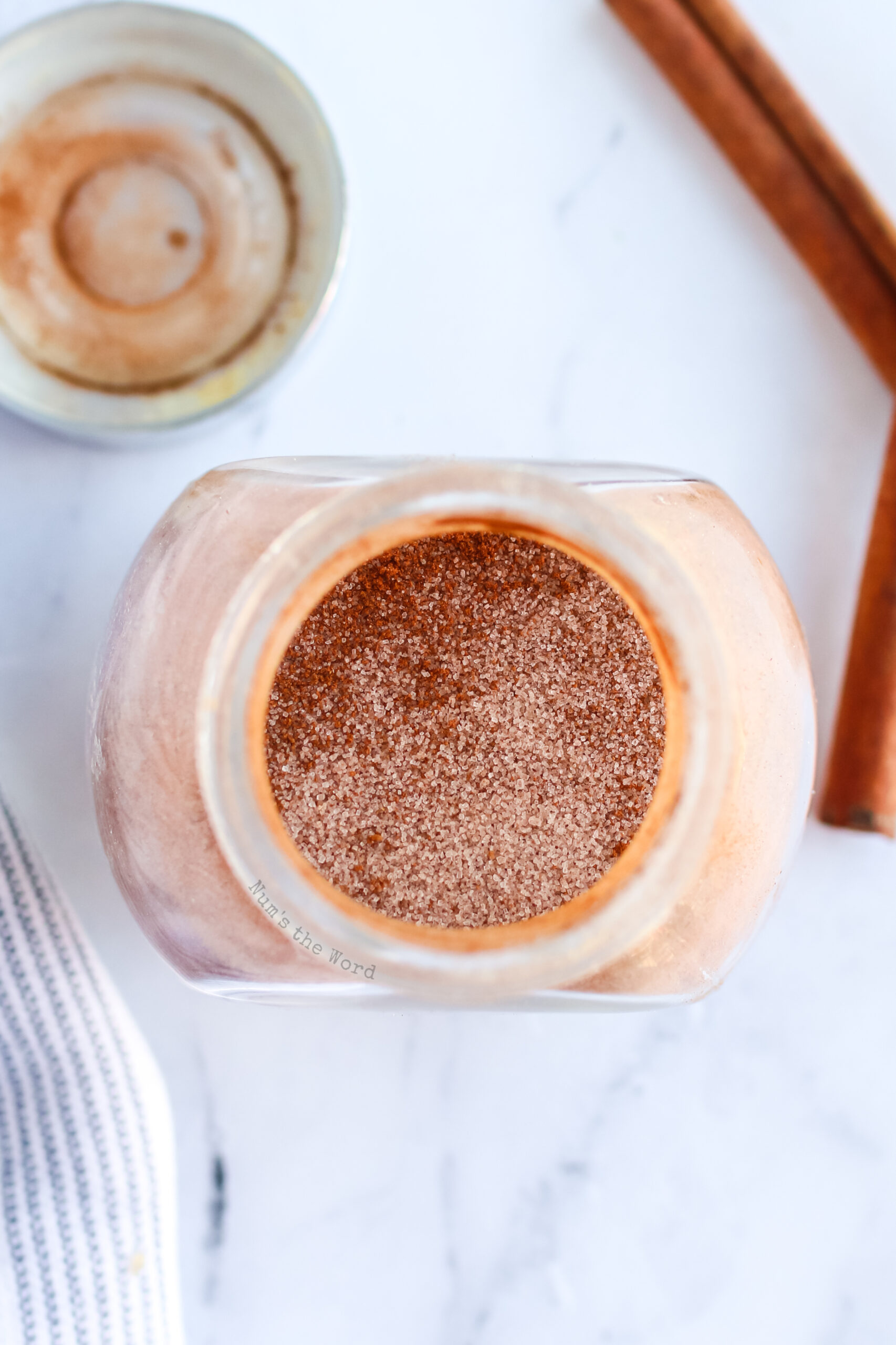 Recipes that use Cinnamon Sugar:

Whether you’re using it on toast, oatmeal, cookies, muffins, donuts, cakes, tortillas, or beyond, I’m certain you’ll find mixing your own cinnamon sugar to be a cinch.