Disney’s Dole Whip is an iconic treat that everyone looks forward to during their visit. Well you can now make it at home with just 3 simple ingredients.  This isn’t a copycat recipe, it’s THE original Walt Disney World Dole Whip recipe! 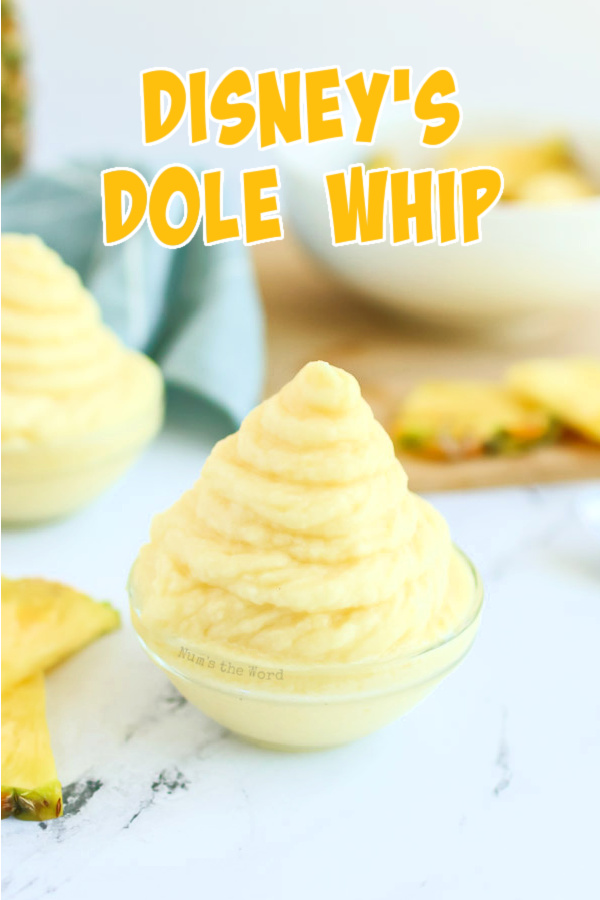 I love this Dole Whip recipe because it takes me back to the magic of Disney, and it is a delicious, fruity, sweet treat. It is so easy to make that any time a craving kicks in, I can easily make my dreams come true.

I love how easy this recipe is to share, and everyone I’ve ever made it for agrees that it is simply the best! The combo of pineapple and ice cream is seriously amazing.

This sweet treat is a fan favorite, with the lines to grab a cup of the pineapple deliciousness stretching around the building at Disney. With this dole whip recipe, you can avoid the queues, save yourself some airfare, and just turn on your favorite Disney tunes to recapture that magical feeling.

This simple Dole Whip Recipe only has three ingredients! I love simple recipes that are sweet and delicious. All you need is some ice cream, pineapple juice, and some frozen pineapple chunks! Seriously, that’s it!

After you gather these three simple ingredients that complete your pineapple dole whip recipe, just put them in your blender and blend until it has a nice and thick consistency.

This recipe is the one that Disney shared during the pandemic when they had to shut down.  They gave out several of their recipes to the public so that we could enjoy the delicious flavors of Magic Kingdom, even if we couldn’t be there in person. 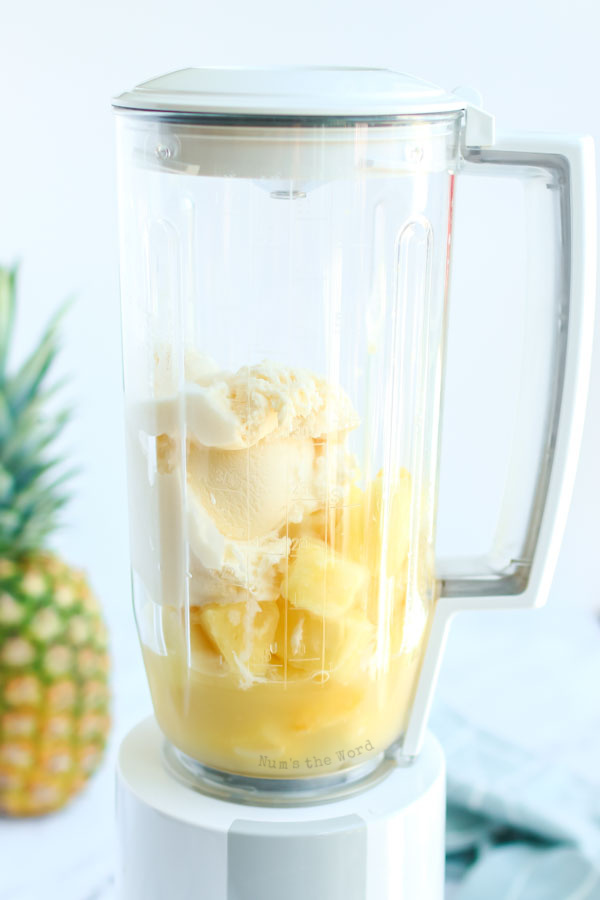 What is Dole Whip?

In 1984, the Dole Food Company created this incredible dairy-free soft-serve delight. The company came up with a few different flavors, but their Pineapple flavor is the most popular.

This pineapple treat became so popular that Disney World now sells it!  This is the actual recipe Walt Disney World shared in 2020, however it’s not quite the exact version they sell in their parks.

Why? Because they use a powder and water mixture in their soft serve machines.  A mixture we don’t have access to at home.  The power makes it vegan and gluten free.

At home however, they came up with a quick and easy alternative to the power by using vanilla ice cream.  You get the same flavor and texture, though it’s no longer vegan.

How to make Dole Whip:

With just three ingredients and five steps, this recipe will be ready to devour in no time!

See how easy that is?  And if you’re in a hurry, don’t even pipe it out, just eat it out of the blender! 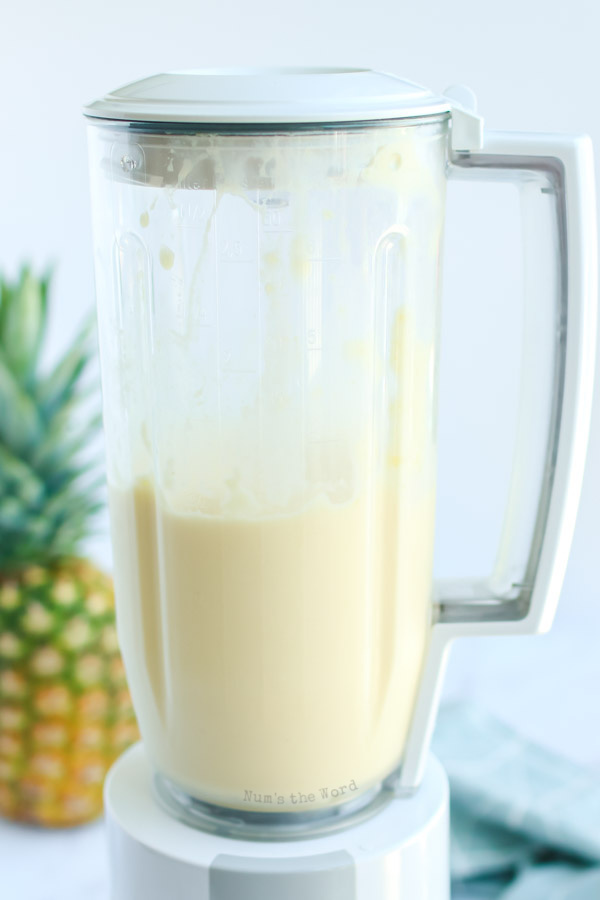 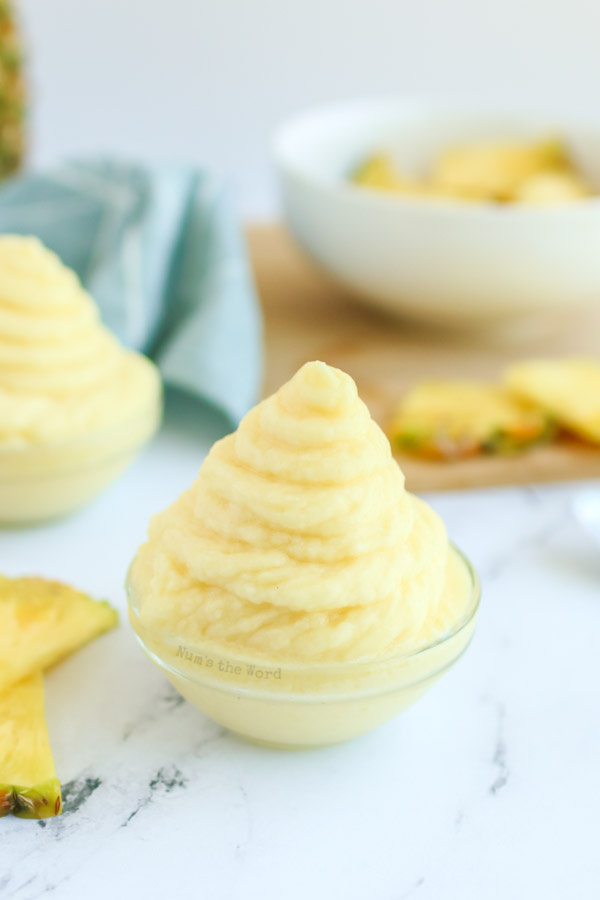 Take this recipe and make it a float! For this, you don’t need to change any of the ingredients, simply serve it different. 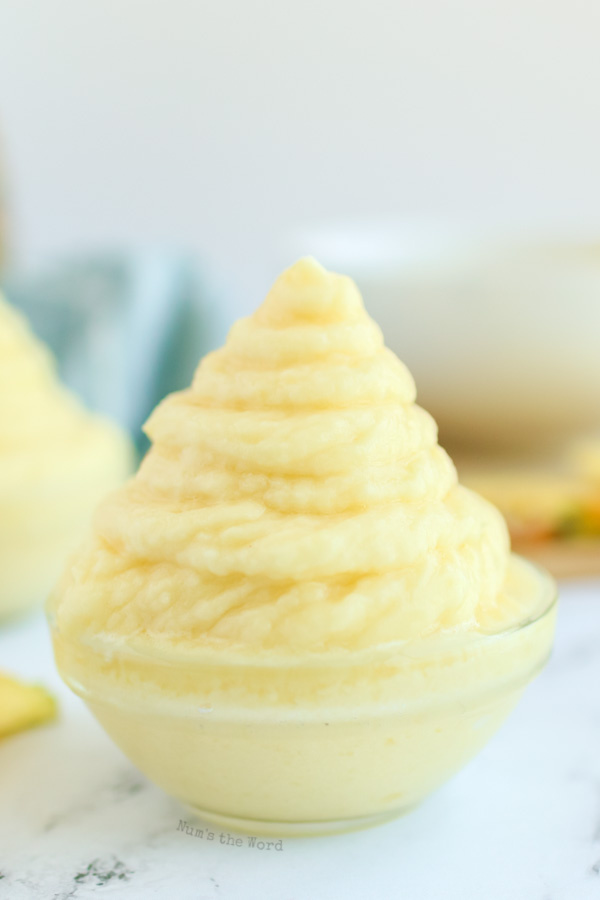 The dole whip recipe I’ve shared is not vegan – but the original recipe you can find at the parks is! If we follow their lead and make this recipe with a non-dairy ice cream, then the this recipe magically becomes vegan! Such a simple switch to be able to share with your non-dairy friends!

The recipe that you can find here is not dairy free. However, the original recipe that they serve at Disneyland is dairy free! If you’re looking for a dairy free option, you could use dairy free ice cream instead of regular ice cream. 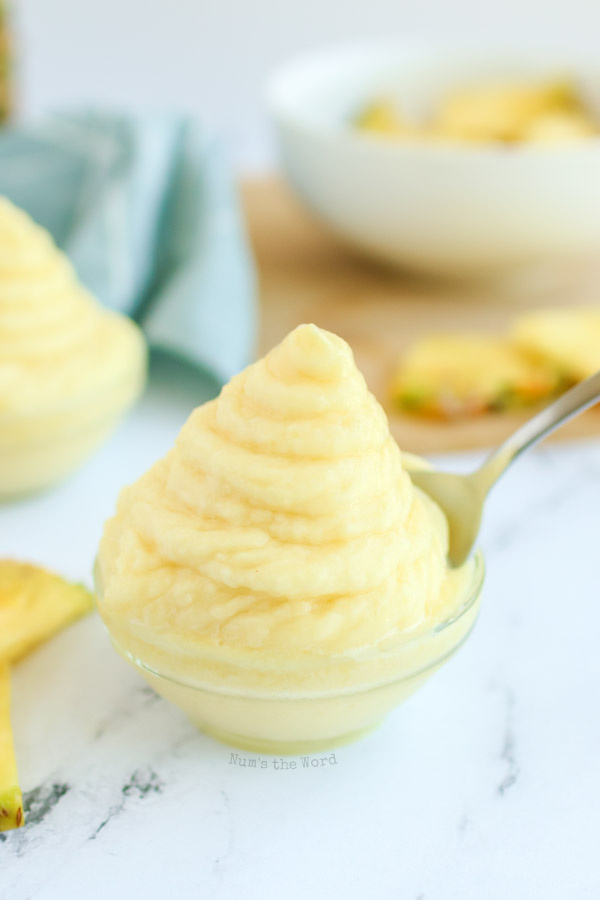 Why is it called Dole Whip?

This pineapple whip was created by the Dole Food Company, hence the Dole part of the name.  Whip because it’s light and fluffy and not dense like traditional ice cream.

Dole Whip is a delicious and chilly dairy-free frozen dessert soft-serve delight. They have several flavors to choose from, but the original flavor was pineapple – and this original is certainly the most popular!

What is the best liquid to put in a smoothie?

To make this recipe super amazing, you’ll want to add 100% Pineapple juice to help create that delicious pineapple flavor that this recipe is famous for. 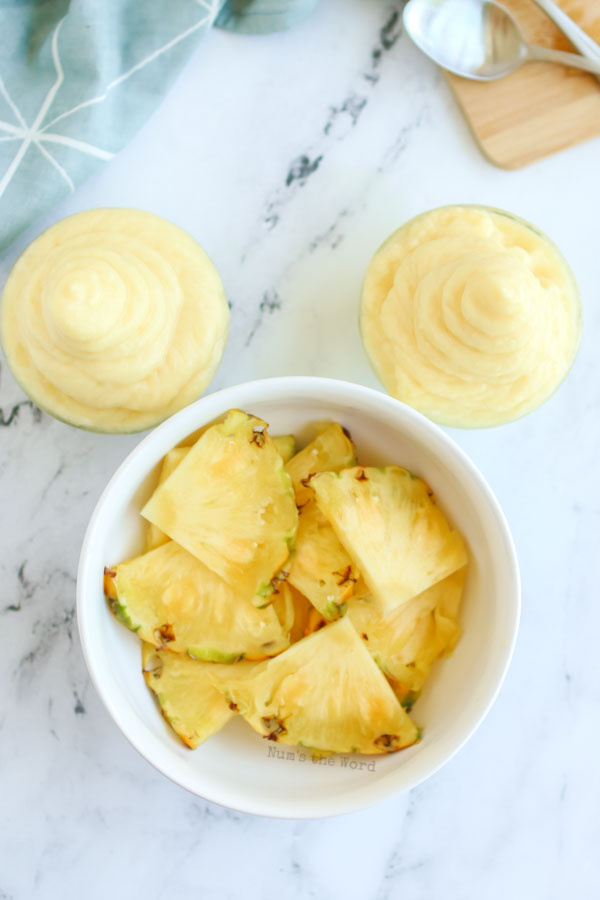 What can I put in a smoothie to thicken it? 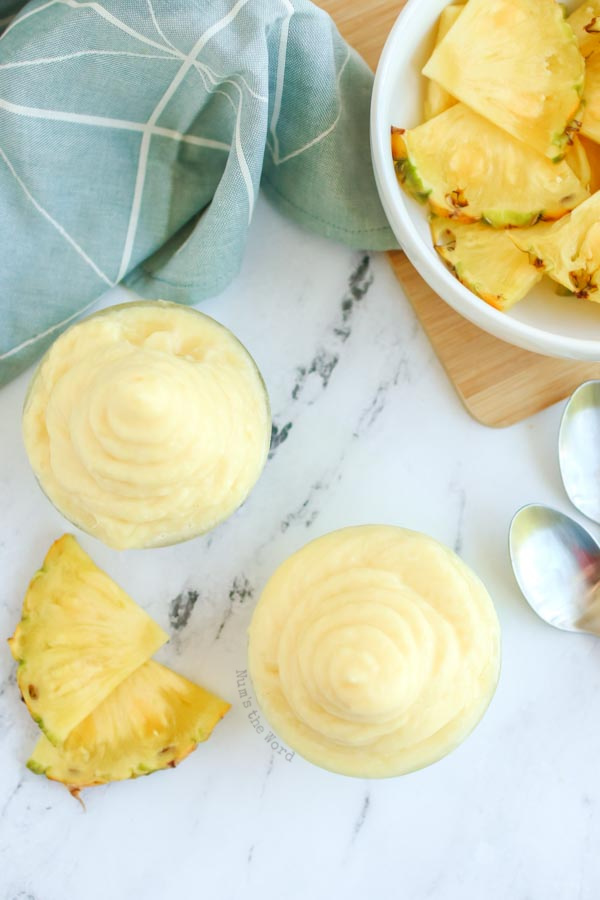 You’ll be hard-pressed to find a simpler and sweeter dessert than this Disney Dole Whip recipe. But if you’re looking for more easy homemade dessert recipes, try these!

Since not all of us can rush to Disneyland to pick up a Dole Whip, this recipe is a definite way to satisfy a craving. This treat is great for hot summer days, but as the weather starts to change, this fruity dessert is a great way to brighten up winter too.

The more ice cream you add, the thicker your Dole Whip will be. If it's runny, add more ice cream. If it's too thick, an extra Tablespoon or two of pineapple juice.

Hi there---thanks so much for posting this recipe! I always like to read reviews before I make a recipe, and I only see 2 of the 28 reviews---can you tell me how to see/get to the others? Thanks for your help!

Hi Ali! There are only 2 comments before yours. 28 people have reviewed with a star rating only, but no comment reviews. So what you are seeing, is what is available.

The original dole whip is non-dairy

True. However Disney knew that the public couldn't get their hands on the non dairy ingredients so they released this recipe to the public as the at home version.